The West Bengal chief minister bristled with anger at Modi's allegation at an election rally where he said TMC leaders were involved in illegal coal mining. 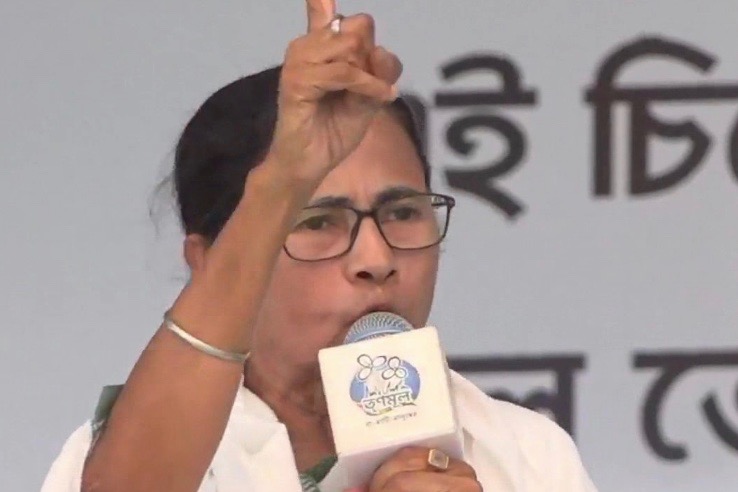 Trinamool supremo Mamata Banerjee’s "slap" remark against Narendra Modi resonated in battleground West Bengal Thursday, while she shot another barb at the prime minister, saying he will have to do  "100 squats holding his ears" if he failed to prove that her candidates were coal mafia.

The West Bengal chief minister bristled with anger at Modi's allegation at an election rally where he said TMC leaders were involved in illegal coal mining. She said she will withdraw party nominees from all the 42 Lok Sabha seats if even one was found involved in such activity.

"And if you (Modi) have lied, you will have to do 100 squats holding your ears," she told a rally in Bankura, a couple of hours after the prime minister addressed an election meeting in the same Lok Sabha constituency.

West Bengal CM Mamata Banerjee in Bankura: I challenge you (PM Modi) if you can prove your allegations that one of us is part of coal mafia, I will withdraw all my 42 candidates. If you are lying, you have to hold your ears and do a hundred sit ups before public. pic.twitter.com/mBQT59MP4J

She was responding to Modi's allegation that TMC leaders are making money from illegal open cast coal mines, while labourers are not getting their wages.

At his rally, the prime minister raked up the "tight slap" remark made by Banerjee on Tuesday.

"I heard that Mamata didi wants to slap Modi; I respect you, call you didi (elder sister). Your slap will be like blessing to me," Modi said with a hint of sarcasm.

Furious at being repeatedly termed as a party of 'tolabaj' (extortionists) by the prime minister, the TMC supremo had said, "Narendra Modi should get a tight slap of democracy."

Banerjee Thursday insisted she never said she will slap Modi.

"He is saying that I have said I will slap him. Arre, I spoke about the slap of democracy. Try to understand the language.

"Why should I slap you? I am not that kind of a person. What I understand is democracy. Slap of democracy means the mandate people will give by casting their votes," the Trinamool Congress supremo said.

Responding to Modi's coal mafia jibe at TMC leaders, Banerjee said the coal ministry that controls the mines functions under the central government and the mines are guarded by the Central Industrial Security Force (CISF).

"People belonging to the BJP are involved in the illegal business of coal," she shot back.

Banerjee claimed she is in possession of a pen drive, and that if she makes it public, "many secrets about cattle smuggling and coal mafia will tumble out of the closet".

She claimed the pen drive contains information about a central minister and a BJP MP "dealing in cattle smuggling".

The West Bengal chief minister said the allegations about involvement of TMC leaders in chit fund scams have not been proved.

She also warned Modi against speaking about her family.

"Don't talk about my family, I am alone and the people are my family," she said.

Speaking in Bankura, Modi had said, "She (Banerjee) is not interested in the betterment of the state, but in that of her family, nephew and tolabaj (extortionists) of her party." Banerjee's nephew Abhishek is a sitting Lok Sabha MP and TMC candidate for the Diamond Harbour seat.

Banerjee, without naming the prime minister or BJP president Amit Shah, said the country is being run by—“Duryodhan and Dushshasan” --the ignoble characters of epic 'Mahabharata'.