Protestors asked why the authorities couldn't wait till a petition was filed in the Supreme Court concerning the matter. 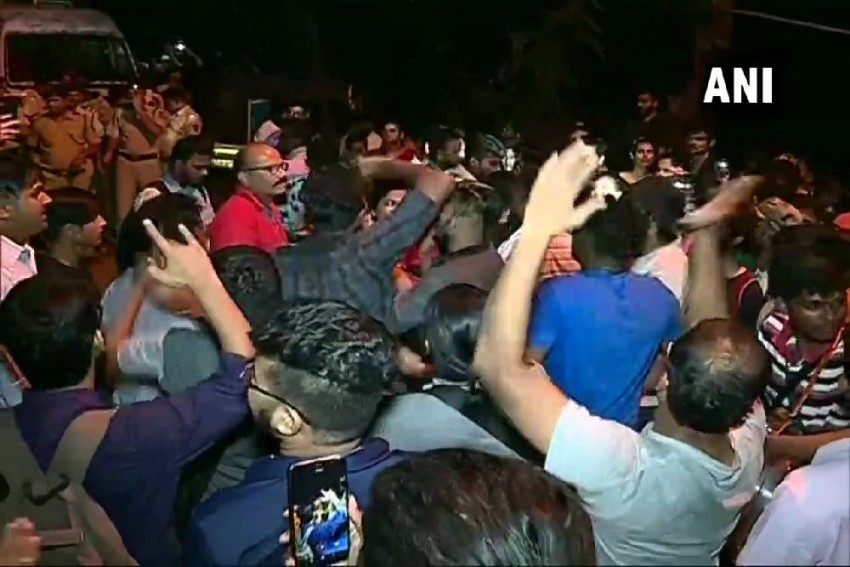 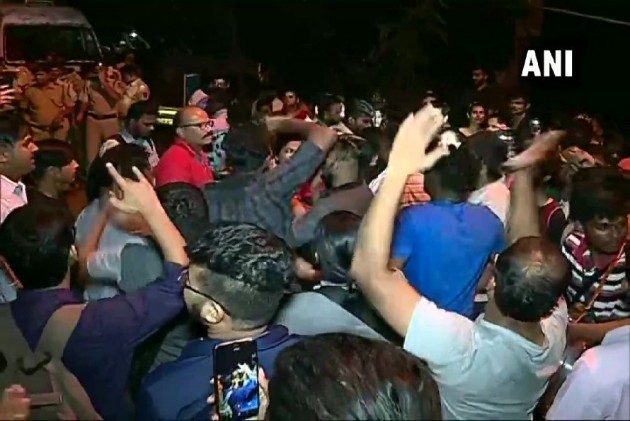 At least 29 people have been arrested in connection with the protest against the felling of trees in Mumbai Aarey Colony which began within hours of the Bombay High Court dismissing all the petitions challenging the cutting of trees for a metro car shed.

The authorities began cutting trees last night even as protesters gathered in large numbers demonstrating against the move. The Mumbai police on Saturday morning said Section 144 of the CrPC had been imposed near the metro-rail project.

As of now, at least 38 protesters have been booked under section 353 (assault or criminal force to deter public servant from discharge of his duty), 332 (voluntarily causing hurt to deter public servant from his duty), 143 (unlawful assembly) and 149 (every member of unlawful assembly guilty of offence committed in prosecution of common object),  a Mumbai police spokesperson said.

The protesters questioned why the authorities couldn't wait till a petition was filed in the Supreme Court. "What's the hurry? Why were the trees being cut in the middle of the night?" asked a protester.

"It is saddening to see that the trees which provide life to others are being cut. This is happening when the government itself is urging people to plant more trees," another protester, Albert Michel said.

The site also has heavy police deployment as hundreds of people have gathered in the area to stop trees from being hacked.

Even Aditya Thackeray, the son of Shiv Sena chief Uddhav Thackeray, criticised the move saying a project that should have been executed with pride was being done in "the cover of the night, with shame, slyness and heavy cop cover".

"The project supposed to get Mumbai clean air is hacking down a forest with a leopard, rusty-spotted cat and more," he added.

Congress leader and former MP Priya Dutt tweeted on Friday night saying the felling of trees was a sad day "where the so-called development wins over the quality of life and preservation of the environment."

"The trees are already being chopped down in the dark of the night. This is the murder of mother nature and we will all have to pay for it. God help Mumbai," she said.

The Bombay High Court had, on Friday, dismissed all petitions against the proposed cutting down of over 2,500 trees in Aarey Colony of Mumbai to make way for a Metro car shed and refused to declare the colony as a forest.

Scores of locals, including environmental activists, have been opposing the cutting of trees for the construction of the car shed of the metro station. They are demanding the relocation of the bus depot, which is a part of the Metro III project.

Several B-town actors and political leaders have also extended their support to activists by participating in the protests against the cutting of trees.

Meanwhile, actors like Amitabh Bachchan and Akshay Kumar had supported the Metro project.