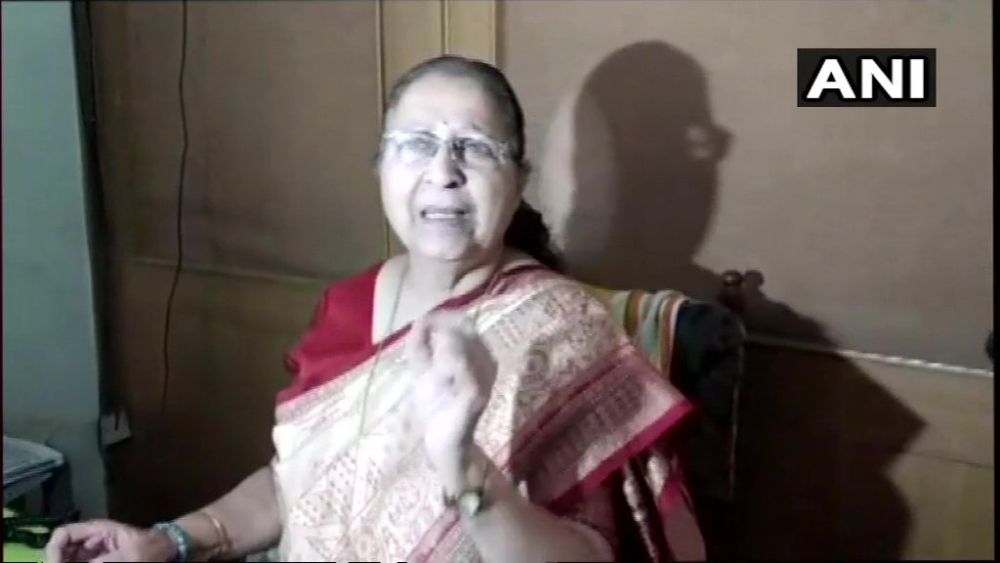 The veteran Bharatiya Janata Party (BJP) leader representing Indore in the lower house of parliament since 1989 further said that talented people must be given an opportunity to come forward.

Congress Will Win Next UP Assembly Polls: Rahul Gandhi In Amethi

"Priyanka is a good woman. But her appointment also shows Rahul has understood that he cannot do politics alone, so he asked his sister Priyanka to help him," Mahajan told reporters.

Lok Sabha Speaker Sumitra Mahajan: She (Priyanka Gandhi Vadra) is a good woman, & Rahul Ji has accepted he can’t do politics all alone, and for that he is taking Priyanka’s help. It is a good thing. pic.twitter.com/0ztrXx2OjL

"I don't want to get into the family politics of the Congress, it's their own matter. But I would definitely say that a person, who has leadership capabilities, should be given an opportunity to come forward," she added.

She also congratulated Congress leader Jyotiraditya Scindia on his appointment as the party's general secretary in-charge of Uttar Pradesh West.

Scindia hails from Madhya Pradesh and is the Lok Sabha MP from Guna constituency in the state.

"Scindia has been given an important responsibility. I congratulate him because it is a matter of pride for Madhya Pradesh," the veteran parliamentarian said.