It is learnt that Priyanka does not want a repeat of the belligerent stand her party had taken when the SPG cover given to members of the Nehru-Gandhi family was withdrawn by the Centre last year. 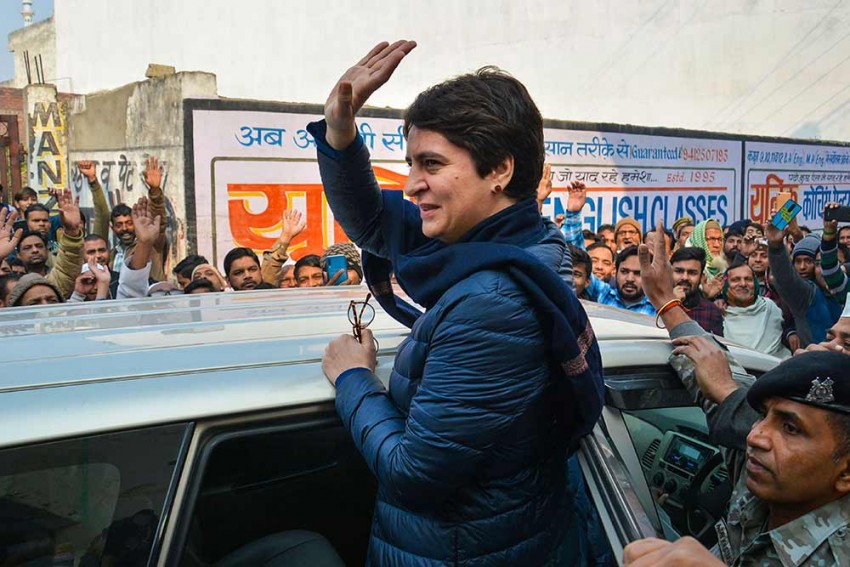 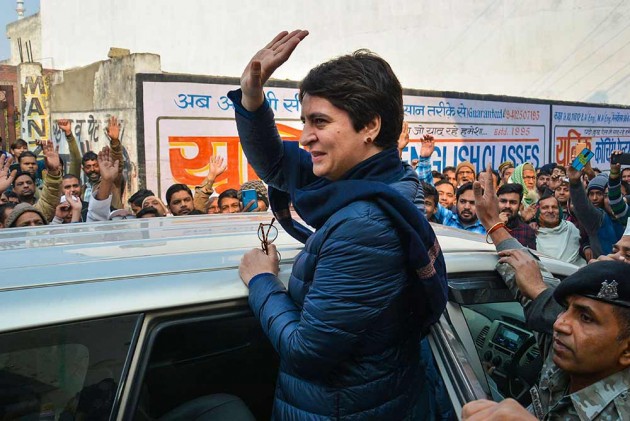 Can Congress general secretary Priyanka Gandhi Vadra turn the Centre's decision to evict her from the government-alloted Lodhi Estate bungalow to her advantage? A section of Congress leaders deeply invested in the party's revival plan in Uttar Pradesh feel Priyanka, who is also the party's in-charge general secretary for the state, must use this chance to move her base to Lucknow from Delhi.

Sources in the Congress told Outlook that the younger Nehru-Gandhi sibling has indicated to some party colleagues in U.P that she could move to Lucknow, possibly within a month. Priyanka could move in to Kaul House in Lucknow's Gokhale Marg locality. The house belongs to the late Sheila Kaul, Pandit Jawaharlal Nehru's sister-in-law who was elected thrice to the Lok Sabha as a Congress candidate from Lucknow in the 1970. Kaul, who passed away in 2015, had also served as a Union minister in the Indira Gandhi and Narasimha Rao governments and as Governor of Himachal Pradesh.

The Union ministry of Housing and Urban Affairs had, on Wednesday, cancelled the allotment of bungalow number 35, Lodhi Estate that was made to Priyanka in her capacity as an SPG protectee. Since Priyanka's SPG cover had been withdrawn last November in a controversial move by the Centre, the Union housing ministry now wants her to move out of the sprawling Lutyen's Delhi bungalow by August 1.

The Congress has criticized the Centre's move to evict Priyanka, claiming that this was being done to intimidate her and the party. However, sources say that although the party will continue to attack the Centre on the bungalow row, it does not wish to make it a rallying cry. A senior party leader told Outlook that Priyanka "doesn't want the party to distract from its current offensive against the BJP on the India-China crisis and the economic catastrophe unleashed by the coronavirus pandemic and the lockdown". The leader added that a section of the party also believes that if the Congress makes a huge fuss about Priyanka's Lutyen's Delhi bungalow, the "BJP would use this to its advantage by projecting the attack as another example of the Nehru-Gandhi family's sense of entitlement."

Sources said that even when the party needs to criticize the BJP on the issue, it would do so by keeping the focus on the India-China crisis. An indicator of this thinking was evident through Wednesday with several Congress leaders mocking the Centre by asserting that it "could not evict China from Indian territory but was more interested in evicting Opposition leaders from their bungalows".

It is learnt that Priyanka does not want a repeat of the belligerent stand her party had taken when the SPG cover given to members of the Nehru-Gandhi family was withdrawn by the Centre last year. "She wants to stay focused on the problems of UP and show that she will not be scared into silence by this sort of petty and vindictive politics of the BJP," a Congress leader said.

Priyanka has, over the past several months, been aggressively attacking the BJP on various issues. During the anti-CAA protests, Congress president Sonia Gandhi and Wayanad MP Rahul Gandhi were restrained in their criticism of the Centre over the controversial legislation. However, Priyanka had taken to the streets of Lucknow to express her solidarity with rights activists who were arrested for protesting against CAA. Ever since the coronavirus-induced restrictions kicked in with the nationwide lockdown on March 25, Priyanka has focussed her criticism against the BJP's Yogi Adityanath-led UP government. In May, she had launched a scathing attack on the Adityanath regime for turning down her offer of a 1000 buses, arranged and paid for by the Congress, to ferry migrants of the state who had been stranded in different parts of the country due to the lockdown. The bus row had seen the UP police arresting UP Congress chief Ajay Kumar 'Lallu' and other party workers on various charges. Priyanka had led her party's acerbic attack against the UP government over the arrests.

Through the different phases of lockdown, Priyanka was personally supervising her party's relief efforts in UP which were meant to ferry migrants, provide free food to the poor, among other things. The Congress general secretary has also been raising a plethora of other issues to corner the state government, including allegations of a massive scam in appointment of government school teachers in the state, economic hardships faced by various communities involved in small commercial activities, burden of constantly increasing fuel prices on UP's poor, etc.

With leaders of the two key regional outfits of UP - Samajwadi Party chief Akhilesh Yadav and Bahujan Samaj Party supremo Mayawati - silent on these issues, Priyanka perhaps hopes to position herself and her fledgling Congress as the main political opposition against Adityanath.

However, Congress sources caution that by merely attacking the BJP and Adityanath, Priyanka cannot hope to rebuild the party in the state where it has been on the fringe for nearly three decades now. "There is no doubt that she is raising very important issues and her stand on the migrant crisis did strike a chord with the common citizens but she also needs to focus on building a cadre in the state to carry her message across to the block and village level. This is still a challenge and she can address it better by moving her political base full-time to UP," a former Congress MP from the state tells Outlook.

The UP Assembly polls are still over 16 months away. The task Rahul Gandhi had chalked out for his sister when he, as party president, inducted her as general secretary in-charge of UP in early 2019 was to revive the Congress in UP by 2022. Priyanka's efforts to this end have, so far, been inconsistent. Though she has injected some energy in the comatose party in Lucknow, she still has a long way to go before the Congress can really claim to be on the path of revival. Perhaps moving to Lucknow and spending more time in the field than in the comforts of her Delhi life would hasten the revival plan.