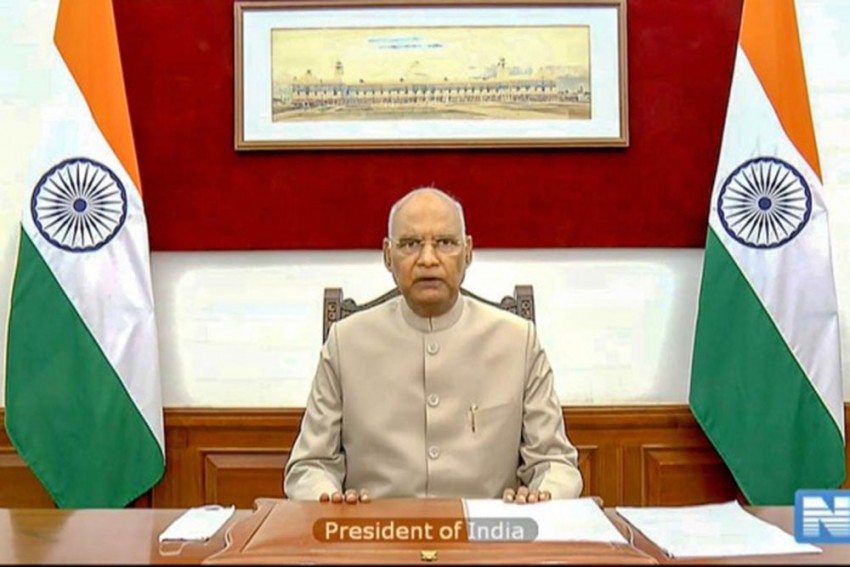 President’s rule was imposed in Puducherry days after Congress-led government lost power in the Union Territory.

The notification, signed by President Ram Nath Kovind, said the decision was taken after the president received a report from the administrator of the Union Territory of Puducherry on February 22.

It said after considering the report and other information received by him, the president was satisfied that a situation had arisen in which the administration of the Union Territory of Puducherry could not carry on in accordance with the provisions of the Government of Union Territories Act, 1963 (20 of 1963).

"Now, therefore, in exercise of the powers conferred by section 51 of the Act and of all other powers enabling me in that behalf, I (a) suspend, until the constitution of the 15th Legislative Assembly of Puducherry, in relation to the said Union Territory of Puducherry...," the notification said.

The notification also said the Legislative Assembly of the Union Territory is placed under suspended animation.

V Narayanasamy, who led the Congress government in Puducherry, resigned on Monday ahead of the confidence vote after his government was reduced to a minority following a spate of resignations by his party MLAs and a DMK legislator in recent days.

The Congress-led government lost power on Monday following multiple resignations from its MLAs.

As many as six MLAs submitted their resignations in the last few weeks. Two of those MLAs have joined the BJP.

The BJP has not staked claim to form the government in Puducherry which is going to see elections in three months.