Opposition MPs Rajya Sabha had protested against the farm Bills. 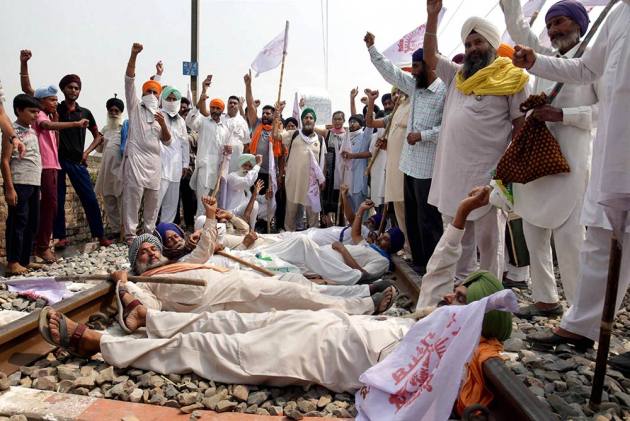 President Ram Nath Kovind on Sunday gave his assent to all the three controversial farm bills that were passed in the parliament amid vehement protests by the Opposition. The farm bills have also led to an uproar amid farmers across the country who have taken it to streets and dubbed the farm bills as 'anti-farmer'.

According to a gazette notification, the President gave assent to three bills: The Farmers' Produce Trade and Commerce (Promotion and Facilitation) Bill, 2020, The Farmers (Empowerment and Protection) Agreement of Price Assurance and Farm Services Bill, 2020, and The Essential Commodities (Amendment) Bill 2020.

The Farmers' Produce Trade and Commerce (Promotion and Facilitation) Bill, 2020 aims to permit the sale of agricultural produce outside the mandis regulated by the Agricultural Produce Marketing Committees (APMC) constituted by different state legislations.

The President's assent to these bills comes amid the Opposition criticising the manner in which they were passed in Parliament.

Even NDA's oldest ally Shiromani Akali Dal (SAD) has parted ways on the issue of these farm bills as farmers in Punjab and Haryana intensify protest.

Leaders of 18 parties had approached the President urging him not to sign the bill arguing that they were passed in a “tyrannical manner unknown to our Constitution”.