'The Presidential Years' would be the fourth book to be authored by Pranab Mukherjee, who passed away On August 31 at a hospital in New Delhi at the age of 84. 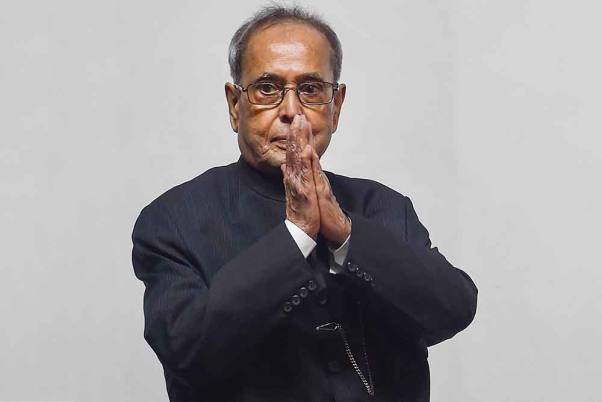 Former President Pranab Mukherjee was writing a book that chronicles his journey as India's head of state in exhaustive detail and its release is planned on his birth anniversary later this year, publisher Rupa Publications said on Monday.

'The Presidential Years' would be the fourth to be authored by Mukherjee, who passed away Monday afternoon at a hospital in New Delhi at the age of 84.

“This unique autobiographical account promises to give readers a bird's eye view of the functioning of Rashtrapati Bhavan, the inside story of the issues that made headlines–from the imposition of President's rule in Arunachal Pradesh to demonetisation,” the publisher said in a statement.

“The book also talks about surgical strikes, his relationship with Prime Minister Narendra Modi and the NDA government and the functioning of the legislature, executive and the judiciary,” it added.

The publisher said they are planning to release the book on his birth anniversary, December 11, this year.

Mukherjee had previously penned three books “The Coalition Years” (2017), “The Turbulent Years” (2016 ) and “The Dramatic Decade” (2014) – all parts of a trilogy throwing light on his extensive political journey and experiences.