The Jammu and Kashmir has reported two Coronavirus-related deaths so far. 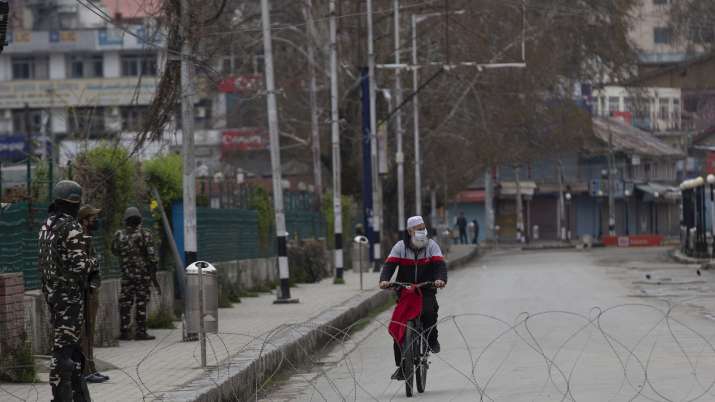 Seven new coronavirus cases were detected in Jammu and Kashmir on Monday, taking the total number of COVID-19 patients in the Union Territory to 45

"Four more cases have been detected in Kashmir, while three new cases tested positive in the Jammu division," a senior official said.

He said of the four persons who tested positive in Kashmir, two belonged to Shopian and the other two were residents of Srinagar district.

So far, the Valley has registered two Coronavirus-related deaths.

The first Coronavirus patient of the Valley, a 67-year-old woman who had a travel history, tested positive last week, said the spokesperson of Sheri Kashmir Institute of Medical Sciences (SKIMS). She will be discharged after a 14-day quarantine time.

Doctors at the SKIMS said anti-viral drugs recommend by the World Health Organization (WHO) have helped her recover.

On March 29,  a 55-year-old man hailing from north Kashmir's Baramulla district died at the Chest Disease Hospital in Srinagar. The patient was in an isolation ward after testing positive for novel coronavirus on March 28.

The man was initially admitted to the SMHS hospital and later shifted the Chest Disease Hospital after doctors suspected him of having Coronavirus symptoms. The person had no contact with anyone except the one who had a travel history to Saudi Arabia. Doctors believe the man who had returned from Saudi Arabia might be asymptomatic.

On March 26,  a 65-year-old man had died of Coronavirus in the same hospital. Known as the patient number 2 in the Valley, he had not travelled abroad but had goneto  Deoband, Nizamuddin, Jammu and Sopore. The health authorities said eleven of his contacts have contracted the infection and tested positive.

Health officials said the 65-year-old cleric had travelled to several places in India for religious congregations and interacted with people from different countries.

They said he might have contracted the infection in any such congregation.  His contacts were mostly restricted to Kashmir Valley, but posed a major challenge to the health officials. Also, two cases of children being tested positive have also surfaced. They are the grandchildren of a Saudi-returned man, who is also positive and is admitted in the hospital.