Due to the cold weather, little enthusiasm was seen at the polling stations as the voting began at 7 am. 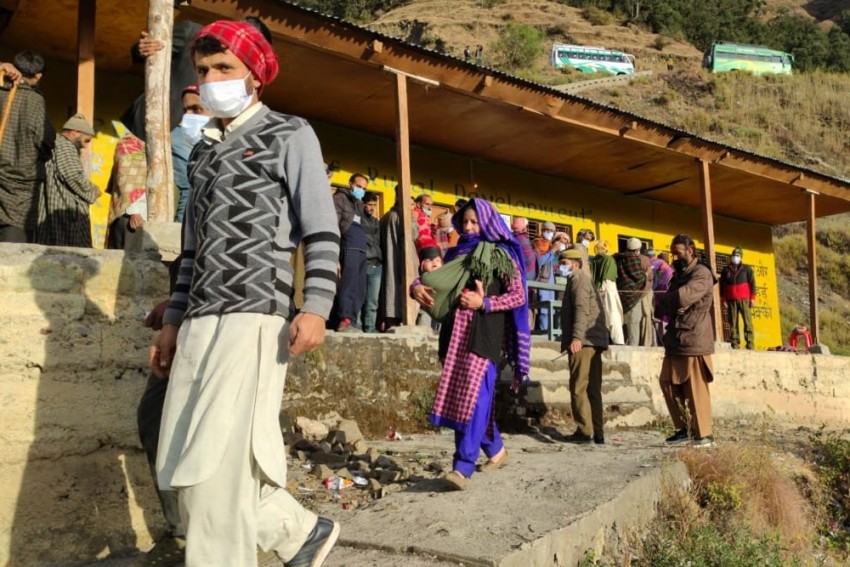 There was a lukewarm response to the polling in the valley due to the chilly weather.
ANI/Twitter
PTI 2020-11-28T10:18:22+05:30 Polling Begins In Jammu And Kashmir For First Phase Of DDC Election 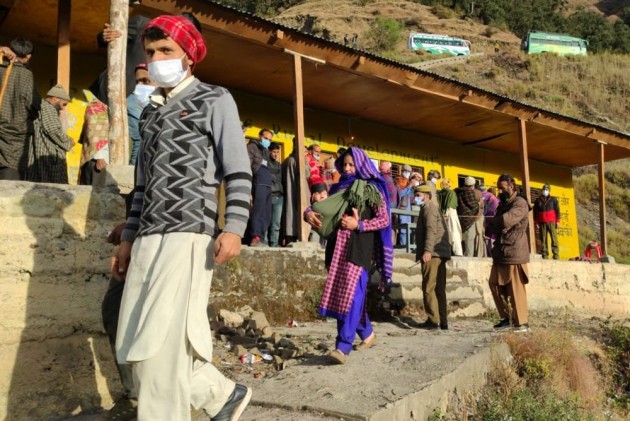 Voting for the first phase of the maiden District Development Council (DDC) election in Jammu and Kashmir began on Saturday, officials said.

The election is being seen as a triangular contest between the People's Alliance for Gupkar Declaration (PAGD) -- an amalgam of several mainstream political parties, including the National Conference (NC) and Peoples Democratic Party (PDP), which are seeking the restoration of Jammu and Kashmir's special status revoked by the Centre last year -- and the BJP, and Apni Party floated by former finance minister Altaf Bukhari.

Due to the cold weather, little enthusiasm was seen at the polling stations as the voting began at 7 am, they said.

The polling has begun for the DDC polls and bypolls to panchyats and urban local bodies across Jammu and Kashmir for the first phase of the eight phase process, the officials said.

There was a lukewarm response to the polling in the valley due to the chilly weather, however, the turnout is expected to increase as the temperature would increase later in the day, they said.

As many as 1,475 candidates are in the fray for the first phase of the polls, the officials said.

Out of these, 296 candidates are contesting the first phase of the DDC polls in the union territory, they said, adding 172 were from the Kashmir valley and 124 from the Jammu region.

In the first phase of the DDC elections, 43 constituencies will go to polls, including 25 in Kashmir and 18 in Jammu, the officials said.

For the bypolls to Panchayats, 899 candidates are in the fray for the Panch seats and 280 for the sarpanch seats, they added.

A total of 2,644 polling stations have been set up and there are 7,03,620 electors for this phase, the officials said.

The bypolls are also being held for four wards of the Srinagar Municipal Corporation and the municipal bodies of Pahalgam and Aishmuqam in Anantnag district.  The voting for the first phase will end at 2 pm, they said.

There are 280 DDC seats in the Union Territory including 140 each in Jammu and Kashmir regions, the officials said. Fourteen constituencies have been earmarked in each of the 20 districts of the UT, they said.

The bypolls to the 12,153 Panchayat constituencies are also taking place along with the DDC polls. Out of these a major portion – 11,814 – are in the Kashmir valley, while 339 are in Jammu, they said.