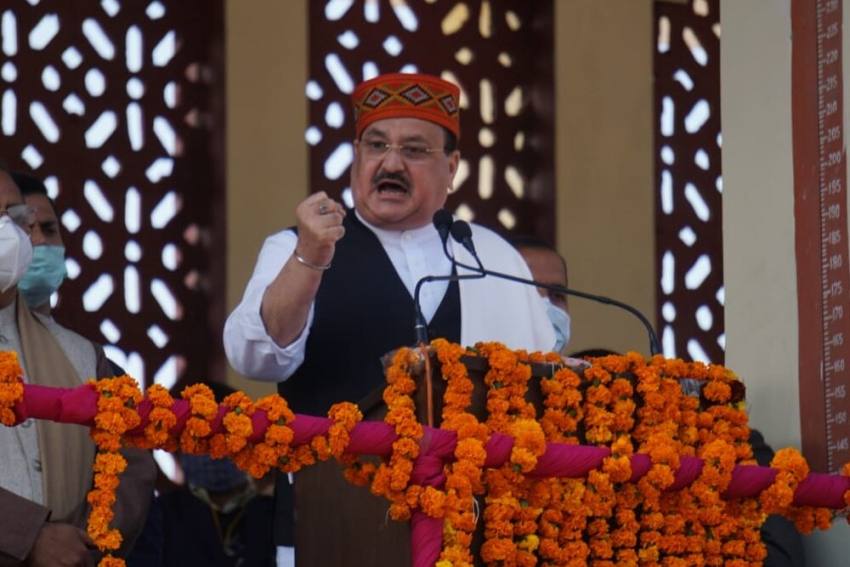 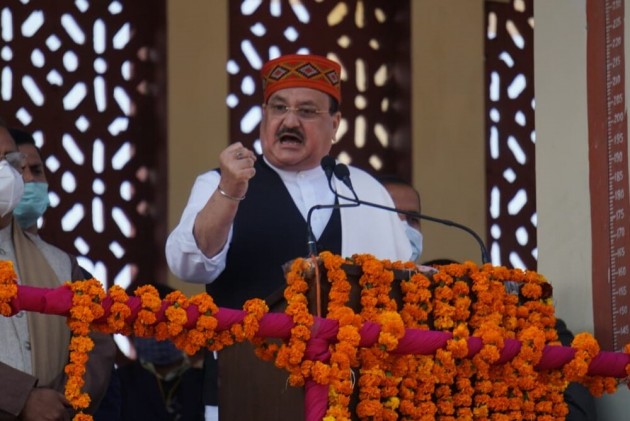 Basking in the glory of the victories in the Bihar elections and 59 bypolls in 11 states, BJP national president arrived in Bilaspur on Saturday, saying the mandate is a clear endorsement of the bold initiatives of Prime Minister Narendra Modi towards Covid management and steering the nation through the pandemic.

“Just at the time when the corona crisis deepened in the world’s powerful nations like US and EU countries with the best healthcare infrastructure and strongest economies, PM Modi took the right decisions to save the people from the infection,” Nadda said in Bilaspur, his hometown.

He said everyone knows that the Bihar Assembly polls were not just one state’s election. There were elections in Madhya Pradesh, Gujarat, Uttar Pradesh, Karnataka, Manipur, Telangana and even Ladakh hill council.

“In all these polls from Kashmir to Kutch and from Bihar to Manipur, only the lotus blossomed. This is an endorsement of Prime Minister Narendra Modi’s leadership, his policies /initiatives and outreach policies during the pandemic. He (PM) has earned world-wide appreciation from the WHO to the UN for this,” said Nadda.

Despite the coronavirus spread in the state, around 5,000 BJP workers, party office-bearers, cabinet ministers, sitting and former MLAs and heads of the frontal organisations reached Bilaspur to greet Nadda at a rally organised in the heart of the town.

Amidst this, he turned to state Chief Minister Jai Ram Thakur at the public function to give a clear signal that Thakur will lead the party in the next polls in Himachal Pradesh.

“It’s a double-engine government in place in Himachal Pradesh with the blessings of PM Modi. Everyone has to understand this and strengthen Jai Ram Thakur’s hands for the coming polls in 2022. There is no alternative to the BJP, which believes in doing what it promises,” the BJP national president said.

His pat for Thakur in the backdrop of recent “displeasure” shown by junior finance minister Anurag Thakur relating to the delay in the Central University project, is significant.

Nadda later also went to the upcoming AIIMS (Bilaspur) site, a project he had sanctioned as Union health minister to review the construction.

Earlier, Jai Ram Thakur flew to Chandigarh especially to receive Nadda and escort him to Bilaspur.

The Opposition Congress, which has raised concern over the coronavirus situation worsening in the state, accused the BJP government of spreading infection by organising such mass gatherings.

While holding the meeting with the director, PGIMER, Chandigarh, Dr Jagat Ram, Nadda expressed satisfaction that despite the Covid-19 crisis, the construction of the AIIMS was going on smoothly. The work is likely to be completed by December 2021. He stressed that efforts should be made to start the MBBS classes in the month of December this year.