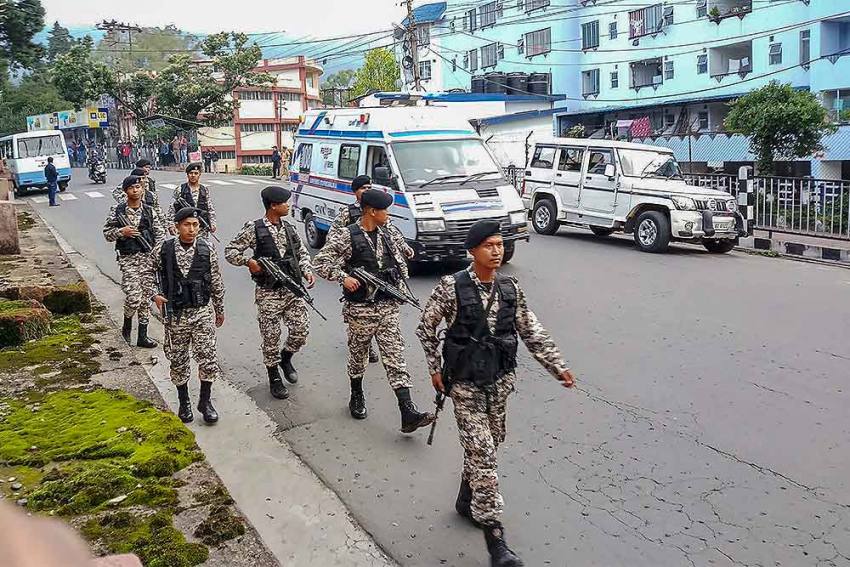 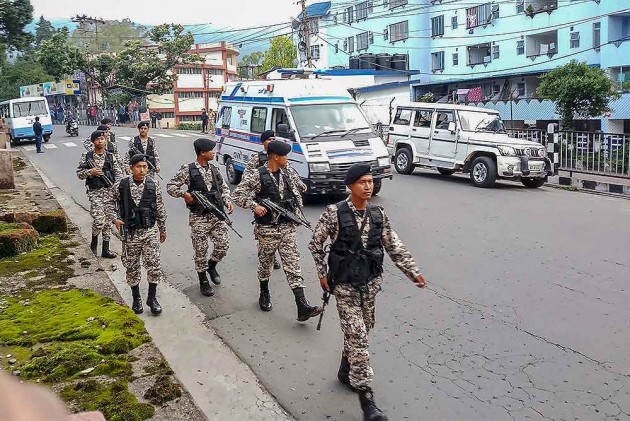 The Meghalaya Police has booked the The Hynniewtrep National Liberation Council (HNLC) for creating fear psychosis in the state after the banned outfit issued a statement threatening a Hindu-Bengalis even as the state is limping back to normalcy from days of violence.

Parts of Meghalaya saw violence since last Friday when a tribal was killed in clashes following a meeting in East Khasi Hills village on the Citizenship Amendment Bill and Inner Line Permit regime for the state.

On March 1, S Nongtraw, the General Secretary of the banned outfit had released a statement which carried an ultimatum to Hindu Bengali community to leave Ichamati and Majaw areas within one month. Even while the militants threatened “mass bloodshed”, the police released a request to the media to not give space to the statement which promotes “enmity between different groups on ground of religion and community, thereby causing fear and insecurity…”

The request cited a Meghalaya High Court injunction order and said publication of the statement could aggravate the law and order situation.

“We have registered a case based on the statement of the HNLC on March 1. The statement has created fear psychosis. We are investigating and will proceed as per law,” said GK Iangrai, Assistant Inspector General of Police. The Crime Investigation Department is probing the case.

However, a senior Meghalaya Police officer speaking on condition of anonymity said the banned outfit does not have a big presence and its strength is confined to around 17 cadres who operate out of Bangladesh. Last month, W Marwein, a key member and the finance secretary of the outfit had surrendered to Meghalaya Police.

The statement has created a sense of fear among a section of the Bengali speaking community in Shillong.

On Thursday morning, Iangrai said the situation is normal and under close watch even as two incidents where miscreants tried to damage vehicles were reported.

The administration relaxed curfew in many parts of Shillong including the Police Bazar area. Curfew has also been relaxed for ten hours in the tourist town of Sohra and six hours in Shella.

Night curfew was extended from 9pm to 6am of March 5 in Shillong and its adjoining areas and 6pm to 8am in Sohra and Shella areas of East Khasi Hills district.

Three people including two non-tribals died in violence which started on Friday in the largely non-tribal Bazar town of Ichamati close to the Indo-Bangladesh border where clashes broke out between the local non-tribals and the Khasi Students Union activists killing Lurshai Hynniewta (35), a local Khasi man from Sohra.

More than a dozen non-tribals were assaulted in different parts of the Khasi Hills including ten who were stabbed by a group of masked assailants in Shillong’s busy Bara Bazar on Saturday. Police said they are investigating the incidents.

In a state which has a bloody history of ethnic violence since it was carved out of Assam in 1972, the Citizenship Amendment Act has opened up old fault-lines.

The KSU, arguably one of the most influential civil society groups had gone to Ichamati for an awareness meeting against the Citizenship Amendment Act and demanding the implementation of the Inner Line Permit, a long pending demand from the local groups who claim they will be swamped with outsiders without adequate legal protections.

While KSU activists claim the attack was planned, police said members of the students union tried to burn down a house which led to retaliation from the local non-tribals. Police arrested eight persons for their alleged role in the incident and the state government instituted a magisterial inquiry.

Police claim they are investigating other angles in the murder of Uphas Uddin, who was killed in Pyrkan Village by unidentified assailants on Sunday.

Meghalaya is protected under Sixth Schedule of the Constitution and hence, falls out of the CAA. But the NGOs in the state want more protection and have been demanding inner line permit regime which would regulate the entry of outsiders.