On Wednesday at 10 am, Haider was called for interrogation by the Special Cell at their Lodhi Colony office and was subsequently arrested, the officials said. 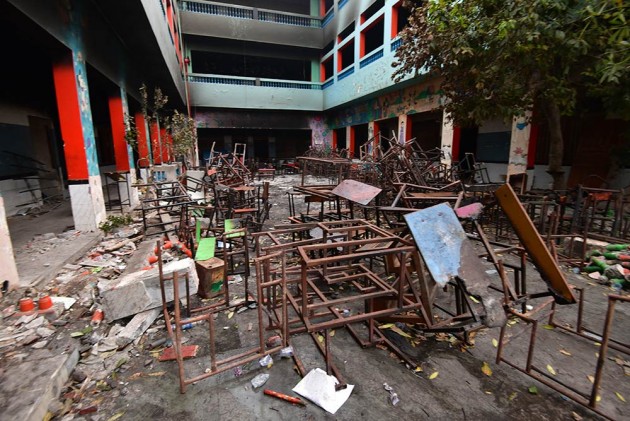 The Delhi Police on Thursday arrested a student of Jamia Milia Islamia for allegedly hatching a conspiracy to incite communal riots in northeast Delhi, officials said.

On Wednesday at 10 am, Haider was called for interrogation by the Special Cell at their Lodhi Colony office and was subsequently arrested, the officials said.

Rajya Sabha MP and RJD leader Manoj Jha tweeted, "Delhi Police called him for investigation and then received orders from above and arrested Meeran Haider, who has been helping people during the time of coronavirus outbreak."

Chhatra RJD unit of JNU also demanded the release of Haider and said the police should become 'people-friendly' and not scare people.

The Jamia Coordination Committee (JCC), a group comprising students and alumni from the varsity, condemned the arrest and demanded his immediate release.

"The country is facing a massive health crisis, however, the state machinery is busy harassing and framing student activists in false cases to suppress voices of dissent," they said.

The JCC said Haider was diligently working to provide ration to the needy during the lockdown.

"The JCC demands that he must be immediately released as all charges against him are baseless," they said.

In February, the northeast part of the national capital was rocked with violence which claimed at least 53 lives and several got injured.