Varsha Raut was grilled and her statement recorded under the Prevention of Money Laundering Act (PMLA) by the central probe agency for the first time on January 4. 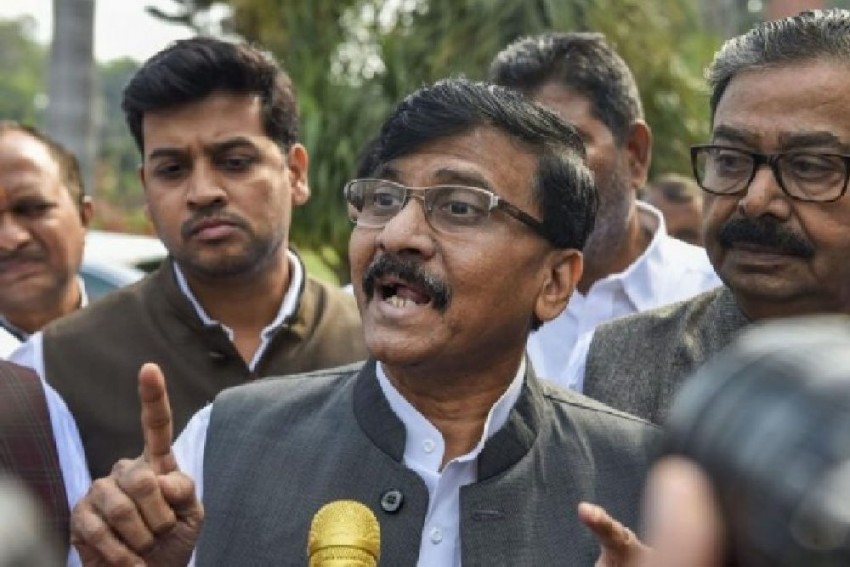 Varsha has been called for a second round of questioning on January 11.

Varsha Raut was grilled and her statement recorded under the Prevention of Money Laundering Act (PMLA) by the central probe agency for the first time on January 4 at its office here.

The agency wants to question her further and hence she has been summoned to appear on January 11, the sources said.

The agency is probing her role in the alleged bank loan scam with regard to the transfer of Rs 55 lakh funds by the wife of an accused in the case, Pravin Raut, apart from some other transactions.

Pravin Raut has been a director in an infrastructure company called Guruashish constructions and is stated to be a subsidiary of the HDIL (Housing Development Infrastructure Limited), an accused firm in this case.

Pravin Raut was arrested in the past by the state police economic offences wing.

The ED had recently attached Pravin Raut's assets worth Rs 72 crore in this case and has questioned him and his wife Madhuri Raut in the past.

The agency had alleged that Pravin Raut had "siphoned off" Rs 95 crore worth funds from the scam-hit bank in the garb of loan, out of which he paid Rs 1.6 crore to his wife Madhuri Raut who subsequently transferred Rs 55 lakh in two tranches to Varsha Raut, wife of Sanjay Raut, as "interest-free loan."

"The amount was further utilised for purchase of flat in Dadar East, Mumbai," the ED had said.

The probe found that Varsha Raut and Pravin Raut "are partners in Avani Construction and Varsha Raut has received Rs 12 lakh from this entity (as overdrawn capital converted to loan) on a contribution of mere Rs 5,625."

"The loan amount of Rs 12 lakh still remains outstanding," it had said.

Sanjay Raut, 59, is a Rajya Sabha MP and also a spokesperson of the Shiv Sena, which is in power in Maharashtra and is a former ally of the BJP.

The MP, while holding a press conference here sometime back, had denied any wrongdoing on the part of his wife and said they have been in correspondence with the ED in connection with the case for about one-and-a-half months.

Official sources said the agency is also probing the role of a former Shiv Sena legislator with regard to a Rs 1 crore transaction between the PMC Bank and an association linked to him.

It took cognisance of a Mumbai Police economic offences wing FIR against them that charged them for causing "wrongful loss, prima facie to the tune of Rs 4,355 crore to the PMC Bank, and corresponding gains to themselves".

On January 2, the ED had said that it has attached assets worth Rs 72 crore of a Maharashtra-based man whose wife's alleged transaction with Shiv Sena leader Sanjay Raut's spouse is under its scanner in the over Rs 4,300 crore PMC Bank money laundering case.

The Shiv Sena, which is part of Maharashtra's ruling alliance Maha Vikas Aghadi (MVA) along with the NCP and the Congress, had earlier alleged that central probe agencies have been targeting them unfairly.