Prime Minister Modi on Friday said his visit to the Maldives reflects the importance India attaches to its 'Neighbourhood First' policy. 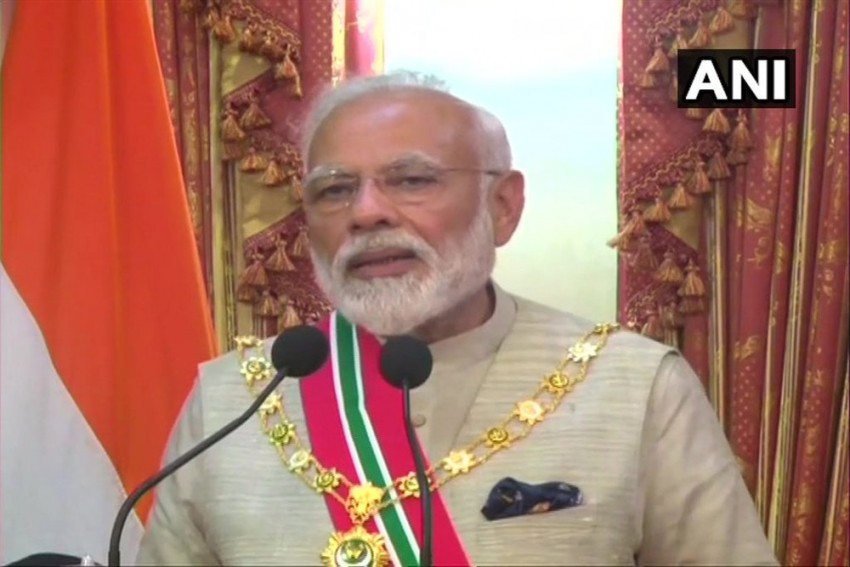 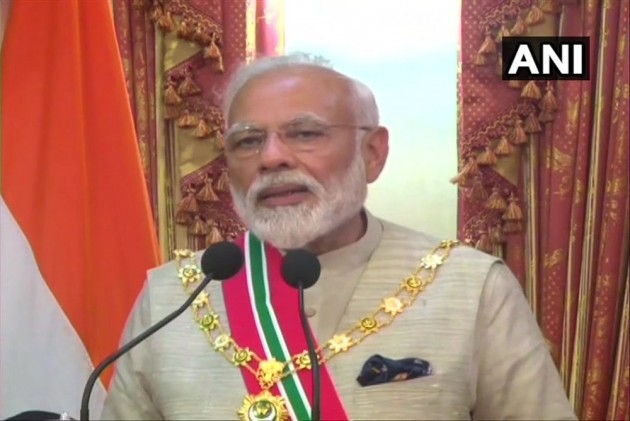 Prime Minister Narendra Modi was on Saturday conferred with the Maldives' highest honour, "Rule of Nishan Izzuddeen", hours after he touched down in the Indian Ocean archipelago on Saturday in his first bilateral visit after retaining power in the Lok Sabha polls.

"Today, I have been conferred with Maldives' highest honour. I humbly accept this it. It is not just an honour conferred upon me, but it is a mark of respect given to the friendship and relations between the two countries," PM Modi said after receiving the honour.

"India gives utmost importance to its relationship with the Maldives. We want to have a strong partnership with each other. India is willing to help the Maldives in every way possible. May the friendship between India and Maldives last forever," he said.

Earlier in the day,  Maldives Foreign Minister Shahid tweeted, "The Most Honourable Order of the Distinguished Rule of Nishan Izzuddeen" is the Maldives' highest honour accorded to foreign dignitaries."

Prime Minister Modi had on Friday said that his visit to the Maldives reflects the importance India attaches to its 'Neighbourhood First' policy.

Modi said India considers the country as a valued partner with whom it shares deep bonds of history and culture.

The relations between India and the Maldives deteriorated after the then President Abdulla Yameen imposed emergency on February 5 last year. However, ties were back on track under Solih's presidency.