The AIMIM leader accused Prime Minister Narendra Modi of making India a theological country, which goes against the basic structure of the Constitution. 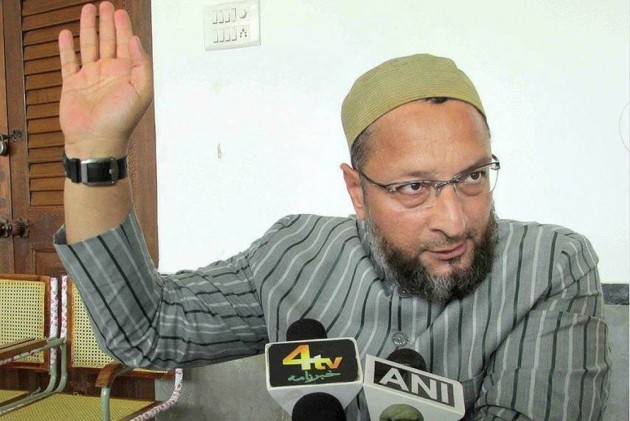 Maintaining that Prime Minister Narendra Modi,by taking part in the 'Bhoomi pujan' at Ayodhya, had failed to uphold the structure of the Constitution, AIMIM chief Asaduddin Owaisi on Wednesday said his attendance at the event was a "victory of Hindutva over secularism".

"The Prime Minister of India going over there and attending this Bhoomi Poojan... today is a victory of Hindutva over secularism.

Today is a victory of majoritarianism over liberty and equality.

Modi attended the Bhoomi Pujan for the construction of a Ram Temple at Ram Janmabhoomi site in Ayodhya on Wednesday.

The AIMIM leader accused Modi of making India a theological country, which goes against the basic structure ofthe Constitution.

Owaisi said he and crores of Muslims, Hindus, Buddhists and Sikhs were all emotional because they believed in the coexistence, equality of citizenship.

"I am emotional Mr Prime Minister because you have completely discarded your constitutional duty of upholding the basic structure of the Constitution.

I am emotional Mr Prime Minister because you have violated your oath," Owaisi said.

Why India Must Invest In Allied and Healthcare Professionals