'Howdy, Modi!', the Indian-American community summit, will be hosted by the Texas India Forum, the Houston-based non-profit which is expected to bring together tens of thousands of people. 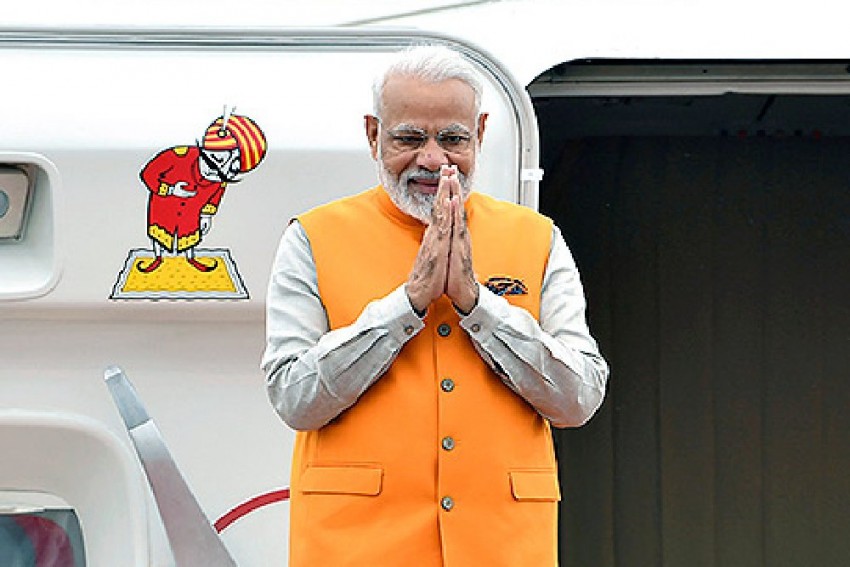 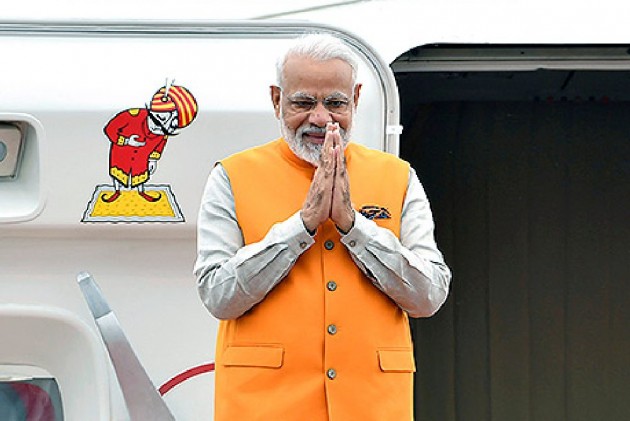 Prime Minister Narendra Modi will address the Indian-American community in Houston on September 22 during his visit to the US for the UN General Assembly session, according to the organisers of the "Howdy, Modi!" event.

Houston, which has one of the largest concentration of over 500,000 Indian-American community in the US, is the energy capital of the world. Energy security is a priority area for the prime minister.

"Howdy, Modi!", the Indian-American community summit, will be hosted by the Texas India Forum, the Houston-based non-profit which is expected to bring together tens of thousands of people, said in a press release.

"Howdy", shorthand for 'How do you do?', is a friendly greeting commonly used in the southwestern United States.

In addition to Modi's address, the programme is also expected to include a cultural programme that showcases the Indian-American community and will be broadcast live online and on television channels, reaching over 1 billion people across the US and India, the organisers said.

Besides Indian-Americans, the local officials are also very excited about Modi's trip on the sidelines of the UNGA Session in New York from September 20-23.

"This is going to be a mega event", Jiten Agarwal, a prominent Indian-American said.

Texas Governor Greg Abbot, who visited India last year with a business delegation told PTI that "It was an honour to visit with Prime Minister Modi on my trip to India last year, and I look forward to his visit to Texas which will further build upon our strong economic and cultural partnership.”

Regarding Modi's trip to Houston, Mayor Sylvestor Turner, who took a trade delegation to India in November last, said, "I look forward with excitement to Prime Minister Modi's visit as this historic visit will strengthen the already robust bonds between Houston and India on trade, culture, tourism and more."

"As one of the most international cities in the world, Houston hosts one of the biggest and most vibrant Indian communities in the US. This is one of the many growing connections I discussed with Vice President Venkaiah Naidu and some national government ministers during my trade mission to New Delhi and Mumbai," Turner said.

"The event is expected to bring together tens of thousands of people to encourage and explore common interests and an expanded partnership between the United States and India's fast-growing economy", the press release said.

"There is unprecedented synergy between our region and the aspirations of a 'New India' that Prime Minister Narendra Modi represents. The American dream shares many similarities with emerging Indian dream, and an event of this scale suggests an opportunity to build bridges across two great democracies,” said Jugal Malani, a convener of the “Howdy, Modi!” organising committee.

Attendance at the summit will be free, but passes will be required, the release said. Passes are available on a first-come-first-serve basis and exclusively through an online registration process.

This could be Modi's third major address to the Indian-American community after he became the prime minister in 2014 and the first after his re-election in May.

The previous two being at the Madison Square Garden in New York in 2014 and the Silicon Valley in 2016. Both the events were attended by more than 20,000 people.