To celebrate 150 years of Gandhi, filmmaker Rajkumar Hirani brought eight leading actors together for the special tribute, which was launched by the PM at his official residence. 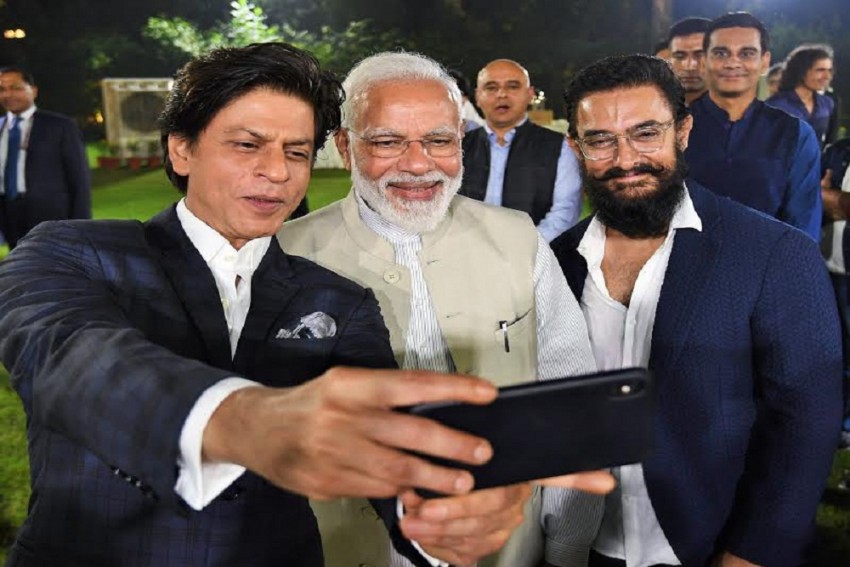 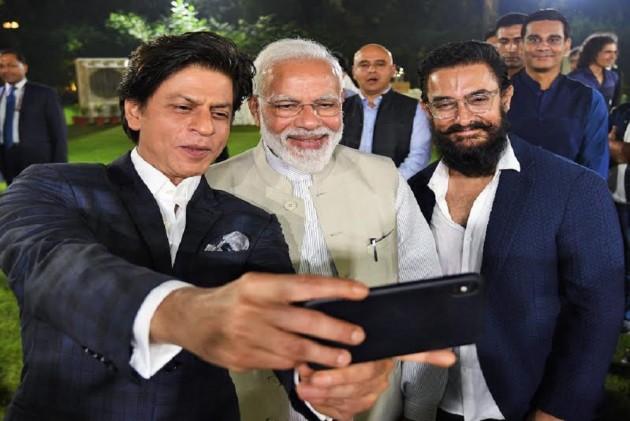 Prime Minister Narendra Modi on Saturday met Bollywood actors and filmmakers, including Shah Rukh Khan and Aamir Khan, and released a cultural video with the theme 'Change Within' to mark the 150th birth anniversary of Mahatma Gandhi.

To celebrate 150 years of Gandhi, filmmaker Rajkumar Hirani brought eight leading actors together for the special tribute, which was launched by the PM at his official residence.

"The film fraternity comes together to pay tributes to Mahatma Gandhi! #ChangeWithin is an excellent effort, which will add momentum towards ensuring Gandhi Ji's message reverberates far and wide. It will also inspire citizens to take up causes dear to Bapu," Modi tweeted.

The PM tweeted pictures with the fraternity, saying the "interaction with leading film personalities and cultural icons was fruitful".

"Spreading the thoughts of Mahatma Gandhi through cinema, ensuring more youngsters are well-acquainted with the ideals of Gandhi Ji... We exchanged thoughts on a wide range of subjects," he said.

"Our film and entertainment industry is diverse and vibrant. Its impact internationally is also immense. Our films, music and dance have become very good ways of connecting people as well as societies," the prime minister added.

After the interaction with the prime minister, Shah Rukh thanked him for bringing the industry together for such a cause.

"I feel we need to re-introduce Gandhi ji to India and the world. The film industry can get self-obsessed and it is important we create work that sends out messages. It should not always be about business but in an engaging and entertaining manner, everyone should be involved," he said.

Aamir said, "It was a really wonderful interaction we had with the Prime Minister today. He was very inspiring, very warm and very deep in what he had to say."

Kangana Ranaut hailed the initiatives taken by PM Modi: "I thank our prime minister and the things that he has said about propagating Gandhi philosophy and his way of live and values we will make sure we get something concrete from that."