Editors Guild of India has sought in its plea that a special investigation team (SIT) be set up to conduct probe into the reported surveillance of journalists and others. 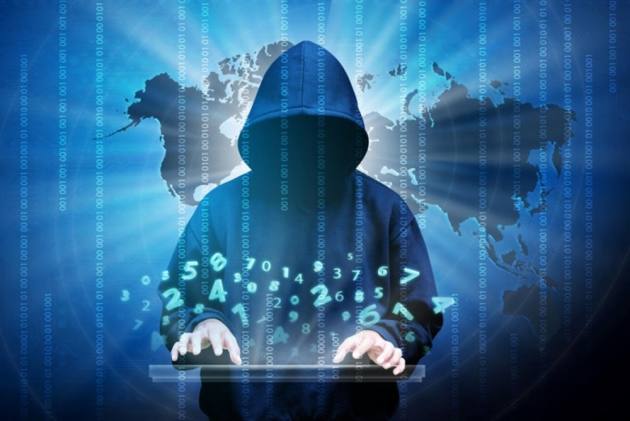 The Supreme Court began hearing a batch of pleas that have sought a court-monitored investigation into the Pegasus snooping matter. It has been alleged that the Central government allegedly using Pegasus spyware to snoop on politicians, activists and journalists in the country. The court is hearing a batch of petitions filed  by the Editors Guild of India and senior journalists N Ram and Sashi Kumar.

A bench of Chief Justice N V Ramana and Justice Surya Kant stopped short of issuing notice on the pleas and took exception that one of the petitions has made individuals (Prime Minister and Union Home Minister) as parties.

The apex court, which asked the petitioners to serve the copies of the pleas to the Centre so that somebody from the government is present before it on August 10 to accept notice, also questioned why the matter has suddenly cropped up now when it had come to light way back in 2019.

Govt Has Committed A Crime Against Me, Alleges Journalist As He Moves SC

The bench told senior advocate Kapil Sibal, who was appearing for senior journalists N Ram and Sashi Kumar, that petitioners in the matter are educated and knowledgeable persons and they should have made efforts to put more material together.

“Before going into all that, we want to ask certain questions. No doubt the allegations are serious in nature if the reports in the newspapers are correct,” the bench observed.

The bench said it has read from these writ petitions that the matter came into light two years ago in May 2019.

“They should have done more focused efforts or hard work to put more materials. At the same time, we cannot say that there is absolutely no material,” the bench observed, adding, it do not want to say that these reports are not believable.

The top court said some of the petitioners have claimed that their phones were hacked or intercepted.

Sibal told the bench that petitioners had no access to the information earlier and Pegasus spyware is sold only to the government and its agencies.

He said as per reports, journalists, public figures, constitutional functionaries, court registrars and others were targeted and the government should be asked about it.

When he said that report about number of a former member of judiciary being also there in the list, the bench said, “Truth has to come out, we don’t know whose names are there.”

Sibal said Pegasus is a “rouge technology” and is entirely illegal as it infiltrates into our life without our knowing.

“I can explain. We do not have the access to many materials. The petitions have information about 10 cases of direct infiltration into phones,” he said, adding that this is an assault on privacy and also on human dignity.

Sibal asked why the government has not taken any action on the issue as this is a matter concerning security and privacy of citizens.

Senior advocate C U Singh, appearing for some petitioners, said though the matter came to light in 2019, the names of persons targeted were not known till now.

Senior advocate Shyam Divan, appearing for one of the petitioners, said governments of USA and France have taken action on the basis of these reports and informed the Israeli government about it.

Senior advocate Rakesh Dwivedi, appearing for some of the petitioners, said this is a matter of “wide and huge dimension” and the Government of India itself should have taken it up.

“The whole country must be assured that their phones and computers will not be compromised like this,” Dwivedi said.

Senior advocates Arvind Datar and Meenakshi Arora, who also represented some of the petitioners, told the bench that investigation into the matter was required as it involves aspect of right to privacy of citizens.

The top court allowed Sharma, who has arrayed Prime Minister and Home Minister as parties individually, to amend the memo of parties.

After hearing the counsel appearing for the petitioners, the bench asked them to serve copies of their pleas to the Centre.

“Let them serve copies of the petition to the government. Somebody should appear for the government to take notice,” the bench said while posting the matter for hearing on August 10.

“We do not know in which matter we will issue notice. Let them come before us to accept the notices and then we will see,” the bench said.

The top court was hearing nine petitions, including those filed by the Editors Guild of India and senior the journalists seeking independent probe into the alleged Pegasus snooping matter.

They are related to reports of alleged snooping by government agencies on eminent citizens, politicians and scribes by using Israeli firm NSO's spyware Pegasus.

An international media consortium has reported that over 300 verified Indian mobile phone numbers were on the list of potential targets for surveillance using Pegasus spyware.

Editors Guild of India has sought in its plea that a special investigation team be set up to conduct probe into the reported surveillance of journalists and others.

The guild's plea, in which veteran journalist Mrinal Pande is also one of the petitioner, has said that its members and all scribes have the duty of holding all branches of government accountable by seeking information, explanations and constitutionally valid justifications for state action and inaction.