Move to justify hike in fees amid pandemic, say guardians. 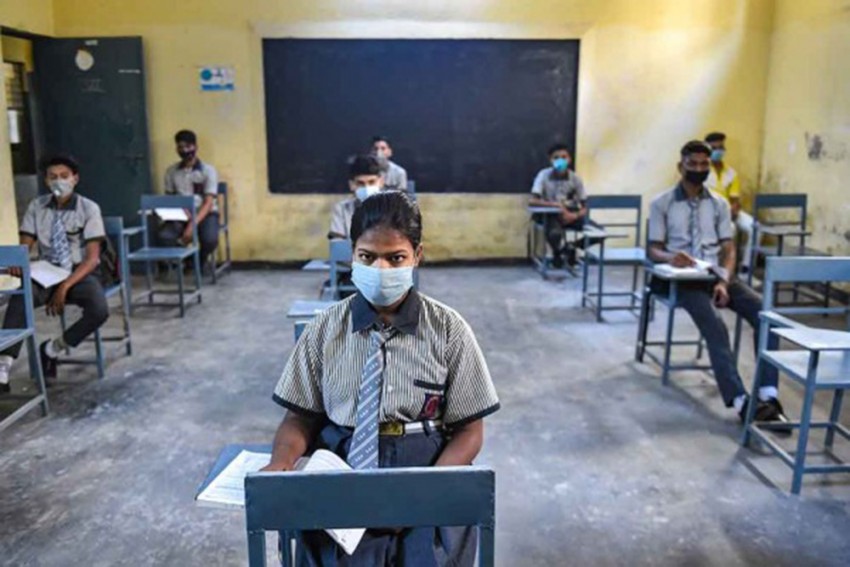 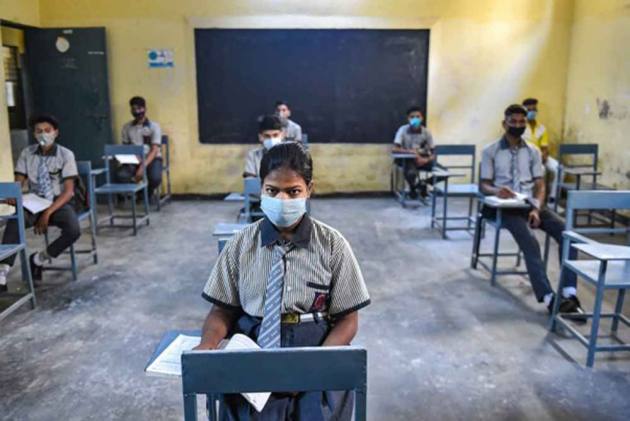 Perturbed over the move, majority of the parents alleged that the governments are putting the lives of the students in danger while acting under pressure of the private schools which are “desperate” to resume physical classes “to justify” the hike in fees amid the pandemic. Parents want their respective state governments to revisit the decision and allow re-opening of the schools only after a vaccine for the Covid-19 comes and the situation returns to normal.

“It’s a very wrong decision. They (governments) should have taken steps to further improve the quality of online classes, instead of allowing schools to resume physical classes. The government’s decision is not in the interest of students but in the best interest of private schools. It’s unfortunate,” Paschimi Uttar Pradesh Abhibhawak Sangh president Shailendra Singh told Outlook.

He accused the governments of shedding their responsibility towards the safety and well being of the schoolchildren by allowing the schools to resume physical classes and leaving it on the parents to decide if they want to send their wards for the physical classes or not.

“They have said that students should be allowed to attend classes only with the written consent of the parents. It’s completely absurd. What does it mean? Why doesn’t government take responsibility or put the onus for the safety of children on the schools?” Singh asked. Singh also claimed that the parents were neither consulted either by the schools nor the state government before reopening.

Various parents’ association across the country are campaigning against the hike in fees by private schools for the past several months as a large number of parents are facing financial hardships either because of losses in business, loss of job or salary cuts owing to the pandemic hitting the economy hard.

The governments of Uttar Pradesh and Punjab recently allowed reopening of the schools for students of classes 9 to 12 in a staggered manner under strict Covid-19 safety measures. The classes are being run in two shifts even as the schools have recorded a very low turnout of the students.

According to parents and teachers, attendance of the students in physical classes in Uttar Pradesh is ranging from 2 per cent to 9 per cent in various districts since the reopening of schools on October 19. Schools in Punjab have also recorded low turnout of students for physical classes.

Last month, Madhya Pradesh, Assam, Haryana, Jammu and Kashmir and some other states reopened schools for “doubt classes” for students of classes 9 and 10. The attendance of students continues to remain low as parents are not willing to send their wards.
While schools have partially been reopened, teachers are conducting online classes as well for the students who have not turned up for the physical classes.

“Ninety-nine per cent of parents do not want reopening of the schools amid the prevailing situation. Even if schools are opened, they will not send their wards. Nobody will take a risk. God forbid if any student contracts the virus, who will take responsibility? Will government or the schools pay for such student's treatment?” Gurgaon Parents Association president Pradeep Rawat asked.

After initial hiccups, he said students have adjusted to the online classes. “Parents do not have any problem if their wards attend their classes for six more months or till the time a vaccine for COVID-19 comes and the overall situation improves,” Rawat said.

A senior official of the Kendriya Vidyalaya Sangathan (KVS) accepted that attendance of the students is very low across all the states where schools have partially been reopened as parents are apprehensive of the safety of their wards. “But we hope the attendance will increase in coming days. All safety measures have been taken at Kendriya Vidyalayas to ensure safety of the students, teachers and staff. This should bring confidence in parents,” the official added.