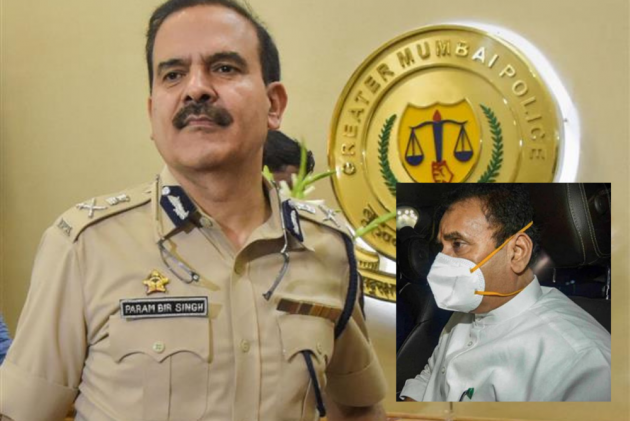 After his sensational disappearance in the high profile Mumbai Police extortion case, Former Mumbai police commissioner Param Bir Singh stoked intrigue by arriving in Mumbai on Thursday. Singh, who has been declared a "proclaimed offender" by a Mumbai court, appeared at the city police's Crime Branch Unit 11 office on Thursday morning and said that he will cooperate with the investigation.

“I will join the investigation as directed by the court,” Singh said on arrival in Mumbai. The IPS officer who is facing several extortion cases in Maharashtra had been missing since October following his transfer and subsequent corruption accusations against former Maharashtra home minister Anil Deshmukh.

Singh surfaced after days of absence following the Supreme Court granting protection from arrest to Singh in a move that raised several eyebrows.

What is the case against Param Bir Singh and why was he "absconding"?

Who is Param Bir Singh?

IPS Officer and former Mumbai Police commissioner Param Bir Singh is currently in the centre of several controversies. He is one among several Mumbai police officers accused in an extortion case filed by businessman Ketan Tanna.

A former top cop, Singh was shunted out as Mumbai police commissioner in March this year after the arrest of dismissed police officer Sachin Waze in the case of an explosives-laden vehicle found near the residence of industrialist Mukesh Ambani in Mumbai and the subsequent suspicious death of businessman Mansukh Hiran.

Singh claimed that he was made a scapegoat and later accused the then state home minister Anil Deshmukh of corruption, following which the latter resigned in April.

What are the accusations against Singh?

Businessman Ketan Tanna has alleged that when Singh was the Thane Police Commissioner between January 2018 and February 2019, the accused extorted Rs 1.25 crore from him by summoning him to the AEC office and threatening to frame him up in serious criminal cases.

Based on his complaint, an extortion case was registered at the Thane Nagar Police Station against Singh and 27 others on July 30.

A second case of extortion was also registered against Singh and DCP Parag Manere at the Kopri Police Station in Thane city.

The fourth FIR against Singh was filed in august at Goregaon police station on the basis of a complaint lodged by 48-year-old builder Bimal Agarwal.

In this case, dismissed police officer Sachin Waze and four others - Sumit Singh alias Chintu, Alpesh Patel, Vinay Singh alias Babloo and Riyaz Bhati - have also been named as accused. As per the complaint by Agarwal, the accused extorted Rs 9 lakh from him for not conducting a raid on two bars and restaurants, which he ran in partnership, and also forced him to buy two smartphones worth around Rs 2.92 lakh for them. The incident occurred between January 2020 and March 2021,

Singh is also the one to accuse former Maharashtra Home Minister Anil Deshmukh of corruption. In a letter addressed to Chief Minister Uddhav Thackeray in March, the former top cop alleged that Deshmukh had asked police officers to collect Rs 100 crore every month from bars and hotels

Singh has not reported to work since May this year, after his transfer from the post of Mumbai police commissioner and his subsequent allegations against Deshmukh.

The Supreme Court has now granted Singh protection from arrest. Calling the legal battle between former Maharashtra Home Minister Anil Deshmukh and ex-Mumbai Police Commissioner Param Bir Singh as "very disturbing", the SC expressed shock at the former commissioner's lack of faith in the police. Deshmukh is currently under the custody of the Enforcement Directorate.