Naqvi said that number of minorities like Hindus, Sikhs and Christians have fallen by almost 90 per cent in that country since its birth in 1947 as they were hounded by Islamic fundamentalists in collusion with its government. 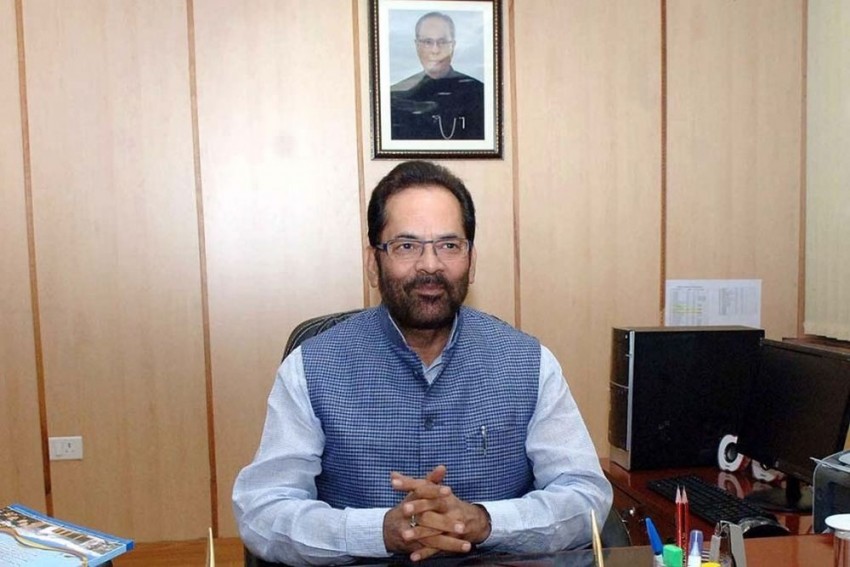 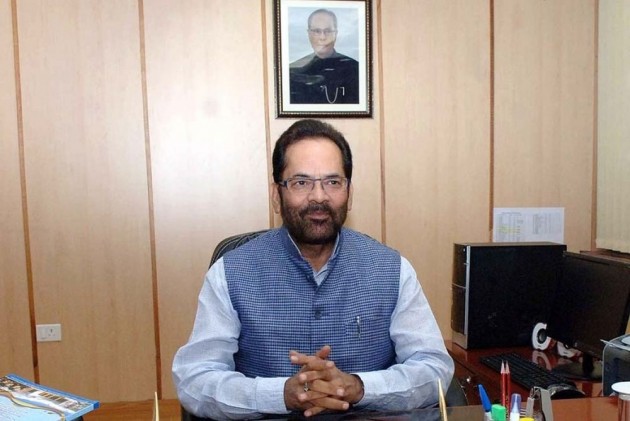 The BJP Sunday lashed out at Pakistan Prime Minster Imran Khan over his barb at India on treatment of minorities, terming his country "a land of atrocities against minorities" who have been "persecuted" there since its birth in 1947.

Khan on Saturday had said he will "show" the Modi government "how to treat minorities", amidst a controversy over Bollywood actor Naseeruddin Shah's remarks on mob violence in India, adding that his government will make sure that the minorities feel safe, protected and have equal rights in 'New Pakistan'.

In hard-hitting remarks against Pakistan, Naqvi said that number of minorities like Hindus, Sikhs and Christians have fallen by almost 90 per cent in that country since its birth in 1947 as they were hounded by Islamic fundamentalists in collusion with its government.

Unlike Pakistan, where minorities were killed, forced to convert or persecuted out of the country, in India they have grown and are an equal partner in development, Naqvi asserted. In the neighbouring country, minorities are barely two to three per cent of its population, he said.

Targeting Khan, Naqvi named a number of popular Indian artistes, including Yusuf Khan better known as Dilip Kumar, and Aamir Khan, Salman Khan and Shahrukh Khan, and noted that generations of Indians have admired them.

"Can Imran Khan name a single Pakistani artiste who has come from a minority community and been liked as much as these actors are in India," Naqvi said.

The Union minister also had a word of advice for veteran Indian actor Naseeruddin Shah, whose comments expressing concern over mob violence in the country were seized upon by Imran Khan to claim on Saturday that he will show the Indian government how to treat minorities.

"Naseeruddin Shah should also consider that such a sweeping statement that is also factually incorrect causes a lot of harm and is used by anti-India forces to target our country," Naqvi said.

Shah had made a remark on the spate of mob lynching cases in India following the killing of a policeman in Uttar Pradesh's Bulandshahr district earlier this month.

Slamming Pakistan, Naqvi said, "It is a land of atrocities against minorities. It is a land where the blood of minorities have been spilled over the decades. For it to lecture us on minority rights is a case of a cat going on a pilgrimage after eating 100 mice."

Minorities' constitutional, social and democratic rights in India have always been secure, he said, adding that Pakistan's ill-treatment of its minorities have been recorded by various global bodies, including the United Nations.