Opposition parties unitedly asked the Centre to take immediate steps to ensure reservation in promotions for SCs, STs and the OBCs in government jobs 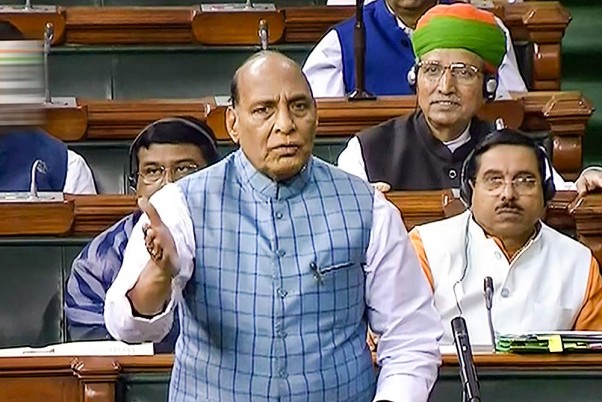 Opposition parties came together in Rajya Sabha on Monday to demand that the Centre takes immediate steps for ensuring reservation in promotions for SCs, STs and the OBCs in government jobs in the wake of a ruling of the Supreme Court on the issue.

Not satisfied by the statement made by Thawar Chand Gehlot, Union Minister for Social Justice and Empowerment, the members cutting across party lines sought firm steps by the government on the issue.

In its judgement last Friday on appeals on reservations for SC/ST community members in promotions to Assistant Engineer (Civil) posts in the Public Works Department of the Uttarakhand government, the Supreme Court held that states are not bound to provide reservation in appointments and there is no fundamental right to claim quota in promotions.

Gehlot in his statement said that the matter is currently being discussed at a very high level given that the issue was of immense significance. He, however, noted that the Government of India was not a party in the case and it was never ever asked to give any undertaking on it.

He noted that it was Congress government in Uttarakhand which had in 2012 decided not to give reservations in promotions to SCs/STs and OBCs.

"Our government is dedicated and committed for the welfare of SCs/ STs and OBCs," Gehlot added.

Some of the members termed the minister's statement as vague as it did not spell out any action plan to reverse the SC order on reservations in promotions.

PL Punia of Congress said that the BJP government in Uttarakhand had advocated in the court that no one had the right to ask for reservations in promotions while terming it unfortunate. He urged the government to file a review petition in the Supreme Court.

Dravida Munnettra Kazhagam (DMK) MP Tiruchi Siva supported Punia and said that government should file a review petition and assure the members of SC/ST and OBC community that their reservations would not be forfeited.

Leader of Opposition in the House (LoP) Ghulam Nabi Azad urged the government to hold an urgent meeting of the Union Cabinet to decide about review petition.

"In case that does not happen, the government should bring a bill in the House," he demanded.

Samajwadi Party's Ram Gopal Yadav wanted a timeline from the government for filing the review petition and added that reservation in judiciary should also be considered as without it such judgements would keep coming.

'Focus On Improving Economy, Not Politics Of Hatred': Mamata Banerjee To Centre