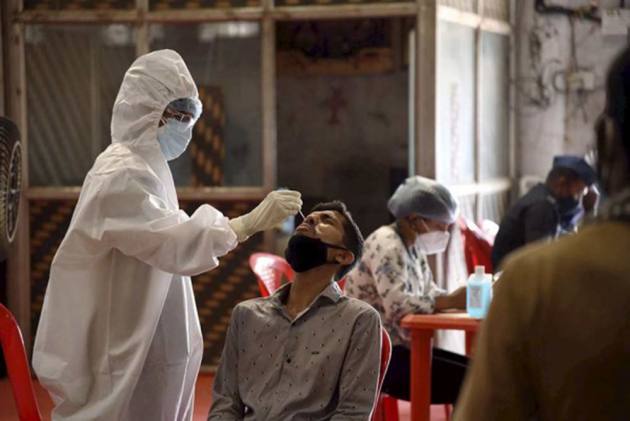 As the active Covid-19 cases in India crossed the 33-lakh mark on Sunday, West Bengal and Tamil Nadu reported their highest single-day rise of Coronavirus infections.

With the second wave of the pandemic sweeping across the country, other states such as Punjab and Jharkhand logged a record number of fatalities with 157 and 159 people respectively, succumbing to the virus on Sunday.

While Bengal logged 17,515 new infections, Tamil Nadu reported 20,768 new cases on a day when the counting of votes for the Assembly elections was conducted.

In J&K, BJP Blames Slow US Response For Covid Crisis

With the new addition, Bengal’s Covid-19 tally rose to 8,63,393, according to the state health department. The death toll in the state climbed to 11,539 with 92 more fatalities, it added.

According to the state health department, recoveries mounted to 10,72,322 Sunday with 17,576 patients being discharged, leaving 1,20,444 active cases.

The State capital constituted the major chunk of new cases accounting for 6,078 on Sunday, aggregating to 3,45,966 till date.

The metropolis also leads in the number of fatalities with 4,820 deaths.

As many as 26 people who arrived from various destinations, including one passenger from the United Arab Emirates were among those who tested positive for the virus.

Among the 153 deceased, 81 succumbed in private healthcare facilities, while the remaining were at government run hospitals.