Home  »  Website  »  National  »  ‘Officials Don’t Listen To You? Beat Them Up With Bamboo Sticks’: Giriraj Singh’s Advice To Constituents

‘Officials Don’t Listen To You? Beat Them Up With Bamboo Sticks’: Giriraj Singh’s Advice To Constituents

‘MPs, MLAs, village mukhiyas, DMs, SDMs, BDOs--they are all obligated to serve the people. If they do not listen to you, pick up a bamboo stick and deliver a crushing blow to their heads,’ Giriraj Singh said. 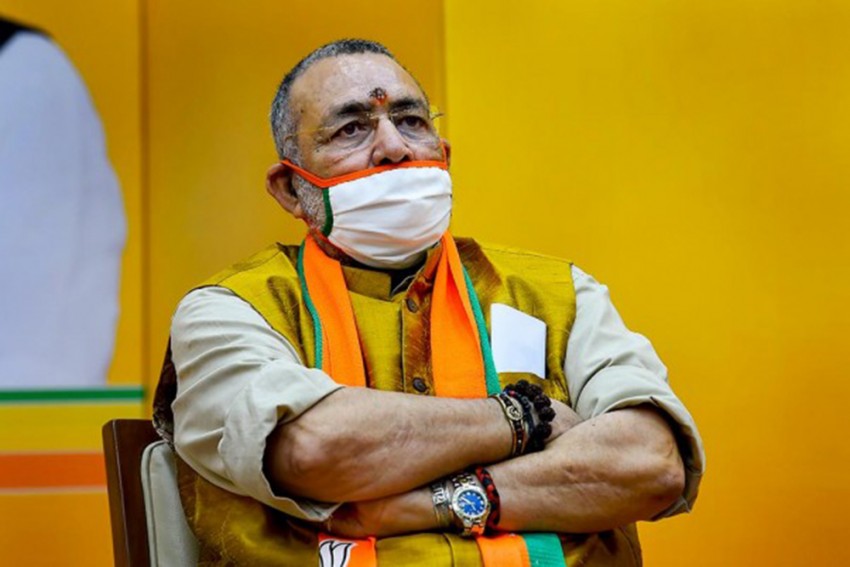 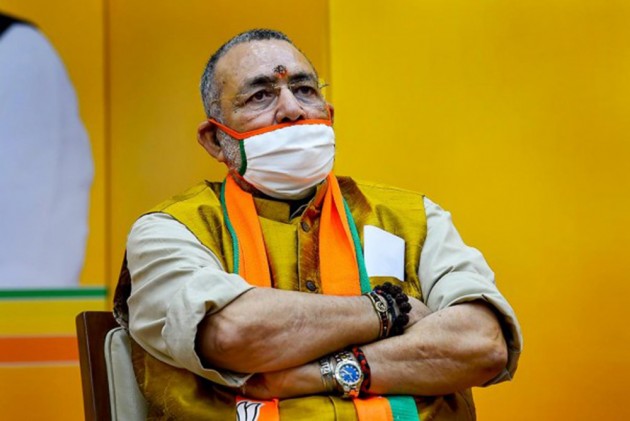 Dishing out an unusual advice, Union minister Giriraj Singh on Saturday asked his constituents in Bihar’s Begusarai to “beat” government officials who do not pay heed to people’s concerns.

The BJP leader, who is known for speaking his mind, made the comments while addressing a function organised by an agriculture institute in Khodawandpur. He further urged people to beat such nonchalant officials with “bamboo sticks”.

The firebrand leader expressed concern over the fact that he frequently receives complaints from his constituents that officials there are not duly carrying out their duties.
"I say to them, why do you come to me for such small things. MPs, MLAs, village mukhiyas, DMs, SDMs, BDOs... these are all under obligation to serve the people. If they do not listen to you, pick up a bamboo stick with both hands and give a crushing blow on their head,” Singh said.

"If even that does not work, then Giriraj shall throw his weight behind you," he said, evoking applause from the crowds even as dignitaries sharing the dais squirmed in their seats.

Responding to the minister’s remarks, a BJP leader in the Bihar capital, speaking on condition of anonymity, said, "Giriaj Singh is a mass leader who has to be responsive towards public anger. We should take his statement figuratively, not literally."

AAP Belongs To Dalits And Those Who Have No One To Fall Back Upon, Says Delhi CM Kejriwal