NRC Is An Internal Exercise, Sovereign Right Of A Country: S Jaishankar

Ahead of the publication of the final draft, EAM S Jaishankar had said in Dhaka last month that the process of documenting and identifying illegal immigrants in Assam is India's 'internal matter'. 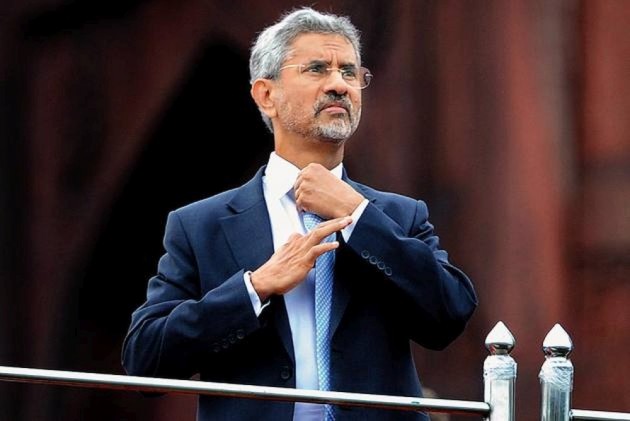 The National Register of Citizens (NRC) is an internal exercise which is the sovereign right of a country, External Affairs Minister S Jaishankar said Tuesday.

His remarks come amid concerns over the future of 19 lakh people excluded from the final NRC in Assam published last month.

"What is NRC? NRC is enumeration of citizens that any country does. It is obviously a sovereign right of a country. The NRC exercise is obviously an internal exercise so that is the limited point we have made," Jaishankar said addressing a press conference in New Delhi.

Ahead of the publication of the final draft, Jaishankar had said in Dhaka last month that the process of documenting and identifying illegal immigrants in Assam is India's "internal matter".

Earlier, India had voiced its concerns over the illegal immigration from Bangladesh to the Northeast.

Meanwhile, on the Kulbhushan Jadhav issue, Jaishankar said India's objective was to seek access to him to ascertain his well-being.

"We thought ascertaining his well being is a priority issue and we acted to begin the proceedings, however unsatisfactory they may be. Whether the Pakistanis carried out in letter and spirit what the International Court of Justice wanted them to do, I think the answer is obvious to all of you," Jaishankar said.

Last week, Pakistan had said that a second consular access to death-row convict Jadhav would not be granted. India had then said it will keep trying for full implementation of the verdict by the International Court of Justice in his case.

On the Kartarpur corridor, Jaishankar said, "My understanding is that most of the issues related with Kartarpur Sahib have been resolved. I think they are moving in the right direction and there is an expectation, there is a deadline, which we have to meet so we are confident of doing that."

His remarks come a day after a Pakistani official said that from November 9, Pakistan will allow Indian Sikh pilgrims to visit the holy Kartarpur Sahib.

Asked about India's role in Afghanistan's peace and reconciliation process, Jaishankar said, "We are wired in on the issue of Afghanistan on a fairly regular basis and a fairly effective basis. I don't need to be at the formal meetings to have an influence or have a view to shape the outcome."

"For me, having a good relationship with different political forces and the government in Afghanistan that itself is a huge asset that I have...We have views, we have interests, we know how to make them felt. As developments happen, there are ways by which Indian diplomacy will make its interests and objectives understood and factored in by the international community," he said.