Hussain was awarded the Padma Shri, the fourth-highest civilan award, in 2007 for his contribution to Urdu literature. But he returned it later. 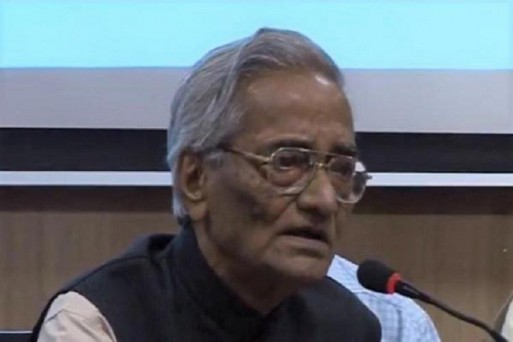 Renowned Urdu writer and satirist Mujtaba Hussain, who had returned the Padma Shri award to the union government last year, passed away at his residence in Hyderabad on Wednesday after a cardiac arrest, family sources said.

He was 87 and is survived by his wife, two sons and two daughters. Hussain had been bedridden for the last five months due to old-age related and other problems and the end came on Wednesday morning after he suffered a cardiac arrest, his elder son Hadi Hussain told PTI.

The funeral was held in the evening. Hussain was awarded the Padma Shri, the fourth-highest
civilan award, in 2007 for his contribution to Urdu literature.

However, he had returned it in December last year, saying he was not happy with the situation in the country.

He had alleged criminal activities were increasing day by day and democracy has come under threat in the country.

"...The democratic set up built by Gandhiji, Jawaharlal Nehru, Sardar Patel, Maulana Abul Kalam Azad, Ambedkar, it is being broken...

The voice of many people is being shut, many are being killed and poor people are not in a position to laugh," he had told PTI.