JP Nadda said that neither the BJP nor its government supports any activity where law is taken into hands. 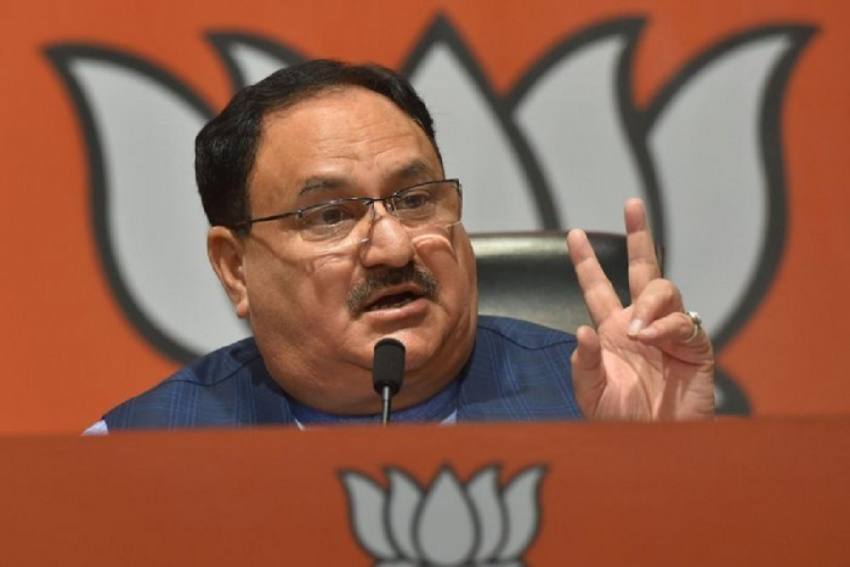 BJP president JP Nadda on Friday asserted that those involved in the Lakhimpur Kheri violence in Uttar Pradesh will be brought to book as "nobody is above law".

He also said that a "professional and scientific" investigation will be conducted into the incident, adding that “that everyone will get justice.”

"It was a sad incident. Law will take its course. Nobody is above law. An SIT has been set up. Best professional and scientific investigation will take place and those involved (in the incident) will be brought to book. No stone will be left unturned," he said while replying to questions about the possible impact of the violence on the upcoming UP Assembly polls.

No Arrest Without Evidence: UP CM On Lakhimpur Kheri Case

He said that the incident of violence should be not be seen from the point of view of elections but from that of humanity.

Speaking at India Today Conclave 2021, to a query on the alleged involvement of Union Minister of State for Home Ajay Kumar Mishra's son in the violence, Nadda said that neither the BJP nor its government support any activity where law is taken into hands.

"Either on behalf of the party or the government, we do not indulge in any such activity where law is taken into hands. Whatever action is needed will be taken. I assure that legal process will be completed... Nobody is allowed to take law in his own hand. I want to assure that everyone will get justice," he added.

The BJP president said that a new trend of protest is emerging, which is a matter of concern.

"We need to ponder over it. Several incidents are happening. I am not talking about this incident (Lakhimpur Kheri violence). I am just making a point in general... How far we have to take the systems in democratic process, there should be some pondering over this too," he said.

Replying to questions on farmers agitation against the three new farm laws, Nadda said that the government held several rounds of talks with farmer leaders and kept the doors open for further dialogue but nothing happened.

"What is this movement for when the implementation of the farm laws has been suspended for 18 months and we are ready to hold talks?" he asked.

"You can bring horses near water but you can't force them to drink," he added.

Listing various schemes launched by the Union government for the welfare of farmers including 'Kisan Samman Nidhi Yojana', 'Kisan Fasal Bima Yojana' and Farmers Pension Scheme, Nadda said what Prime Minister Narendra Modi has done for farmers has never been done by anyone in this country.

"Those (farmers) who are well-intentioned, we will take care of them and bring them on board. For those who have political interests, I will ensure that people do not go with them. It is our political right...all those playing politics on the issue, people will give them a befitting reply. We are preparing for this," he said.