No Coercive Action Will Be Taken Against Slum Dwellers In Delhi: Govt Informs SC

On August 31, the SC had issued directions to remove slum dwellings in the national capital in a phased manner 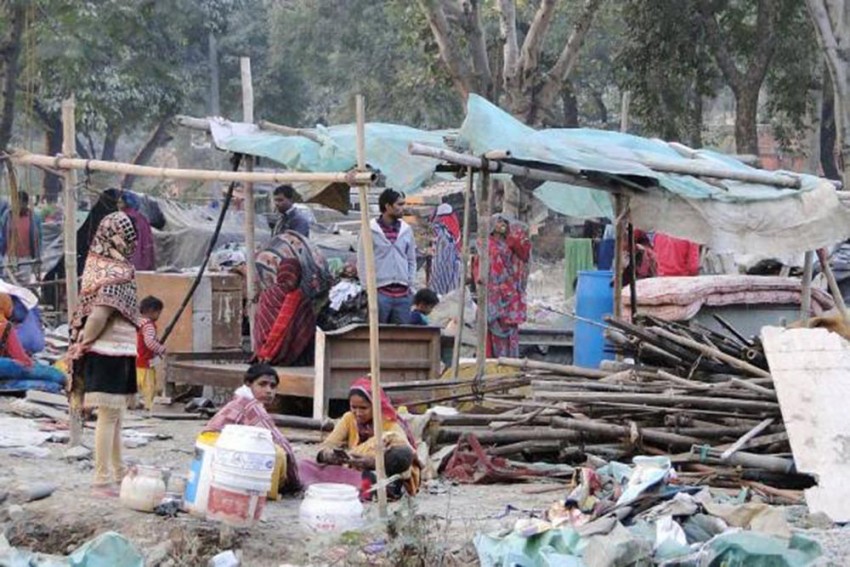 People collect their belongings after a demolition drive carried out by railways in Shakur Basti of Delhi
PTI
PTI 2020-11-24T16:59:47+05:30 No Coercive Action Will Be Taken Against Slum Dwellers In Delhi: Govt Informs SC 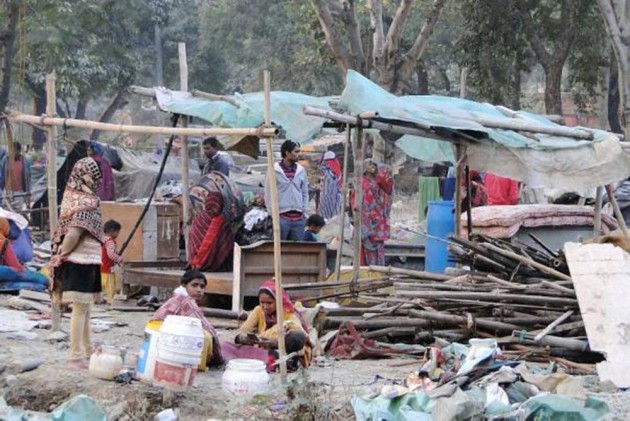 The Centre on Tuesday informed the Supreme Court that no coercive action will be taken against slum dwellers in the national capital. A bench headed by Chief Justice S A Bobde was told by Solicitor General Tushar Mehta that he had already informed the apex court on September 14 that government authorities are yet to take a decision on the issue and till then no coercive action would be taken. “Deliberations are ongoing. We are not taking any coercive steps,” Mehta informed the bench.

The bench, while taking note of Mehta’s submission, said it would again hear the matter after four weeks. “Solicitor General states that government is deliberating on the issue. Stand over for four weeks,” the bench said.

The top court on August 31 had directed the removal of around 48,000 slum dwellings located along railway tracks in Delhi within three months and said there shall not be any kind of political interference with regards to the issue.

On September 14, Mehta had told the top court that the Ministry of Railways, the Ministry of Housing and Urban Affairs and the Delhi government will take a decision on the issue and till then they will not take any coercive action against the slum dwellers residing along the 140 km stretch of railway tracks in the national capital.

The apex court is hearing applications, including one filed by senior Congress leader Ajay Maken who has sought rehabilitation of these slum dwellers prior to their displacement. The application has also sought direction to the Ministry of Railways, Delhi government and DUSIB to follow the Delhi Slum and JJ Rehabilitation and Relocation Policy, 2015 and the Protocol (for removal of Jhuggis) in letter and spirit.

Referring to the Covid-19 situation in the country, the application states that in these circumstances, it would be highly risky to demolish the hutments/ jhuggis of more than 2,50,000 people without prior rehabilitation as they will be forced to move from place to place in search of shelter and livelihood. The Congress leader and co-petitioner Kailash Pandit have said that they are filing the intervention application seeking additional directions for rehabilitation of the affected population prior to their displacement.

On August 31, the top court has directed that slum dwellings in the national capital will be removed in a phased manner. It had also restrained any court from granting any kind of stay with respect to removal of encroachments in the area and said in case any interim order is granted with respect to encroachments along railway tracks that shall not be effective.

The top court had said that 70 per cent of the requisite amount shall be borne by the Railways and 30 per cent by the state government and the manpower will be provided by the South Delhi Municipal Corporation (SDMC), Railways and agencies available with the government, free of cost.

On February 28, the top court had taken note of "heaps of plastic bags and garbage" lying on both sides of railway lines in outer Delhi and had asked the Delhi government, civic bodies and Environment Pollution Control Authority to make a concrete plan removal of slum dwellings. This issue had cropped up before the apex court which is hearing matters related to pollution in the Delhi-national capital region.