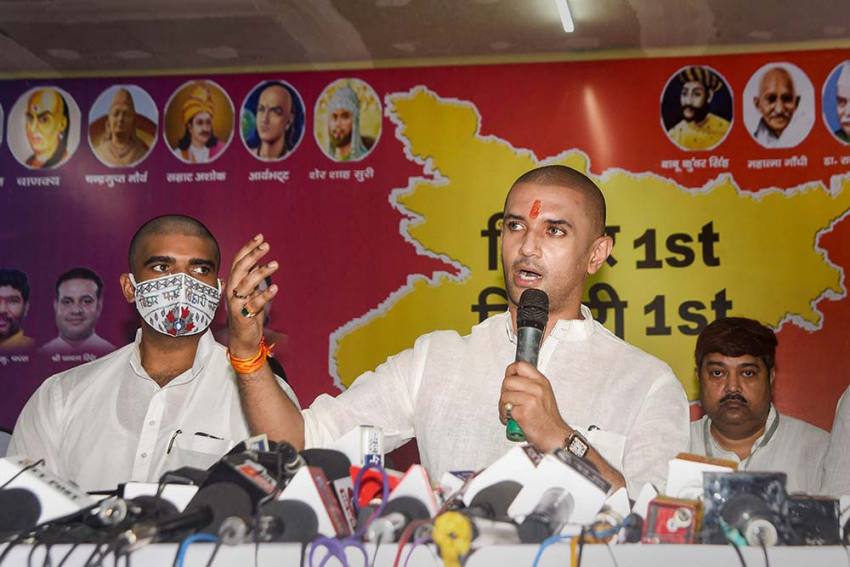 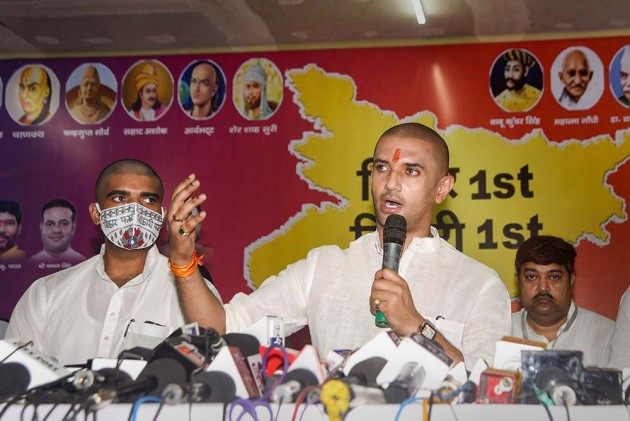 Bihar Chief Minister Nitish Kumar may ditch the BJP after the assembly poll results are out, join the RJD-led Grand Alliance and make yet another attempt at posing a challenge to the NDA in the 2024 general elections, Lok Janshakti Party president Chirag Paswan claimed on Sunday.

Paswan, who has chosen to plough a lonely furrow in the ongoing assembly elections, reiterated that the LJP was and will remain loyal towards the BJP, which was staring at the spectre of yet another "paltimaar" (volte-face) by the JD(U) president.

"Nitish Kumar has earned the epithet 'palturam' (turncoat) by virtue of his frequent acts of paltimaar. He came to power in Bihar after a long political battle with RJD chief Lalu Prasad. A few years later, he snapped ties with the BJP, an old ally, and ended up forging an alliance with his arch-rival," he told a news channel.

Paswan, whose late father and LJP founder Ram Vilas Paswan  joined the NDA ahead of the Lok Sabha elections, recalled "criticisms heaped on (Prime Minister) Narendra Modi" by Kumar, who had been opposed to his then Gujarat counterpart.

"Fancying himself as a potential challenger to the prime minister nationally, Kumar, with Lalu Prasad by his side, spewed so much venom against Modi in the assembly polls held just five years ago. It took him just two years to dump Lalu and return to the NDA," he said with a hint of sarcasm.

"Mark my words, he has been very caustic against Lalu Prasad during his election campaign, but given his disposition, he may once again cross over, try to form the next government with the Grand Alliance, and even try to project himself as an alternative to Modi in 2024," Paswan, who is the MP from Jamui, said.

Earlier, the LJP chief addressed a press conference where he repeated the allegations of corruption in 'saat nishchay' (seven resolves) which included, among other things, schemes for bringing piped water to every household and fortifying alleys and ditches with concrete.

"Corruption in these schemes ought to be thoroughly probed and we must not be surprised if the complicity of the chief minister himself comes to the fore," he added.

The LJP has fielded its candidates in over 140 seats of the 243-strong assembly, mostly against those fighting on a JD(U) ticket. Paswan's party has shied away from taking on the BJP in most of the 110 seats being contested by the saffron party.

It has also made an exception in the JD(U)'s case at Hassanpur, where interestingly, it is being felt that the LJP wants to help Tej Pratap Yadav, RJD supremo Lalu Prasad's elder son, who is pitted against the sitting MLA belonging to the chief minister's party.