Home  »  Website  »  National  »  'Not Sure Whether My Husband Will Return Home After NIA Questioning', Says Varavara Rao’s Daughter Pavana

The National Investigating Agency has summoned Poet-Activist Varavara Rao's Sons-in-law for questioning in connection with the Elgar Parishad case. 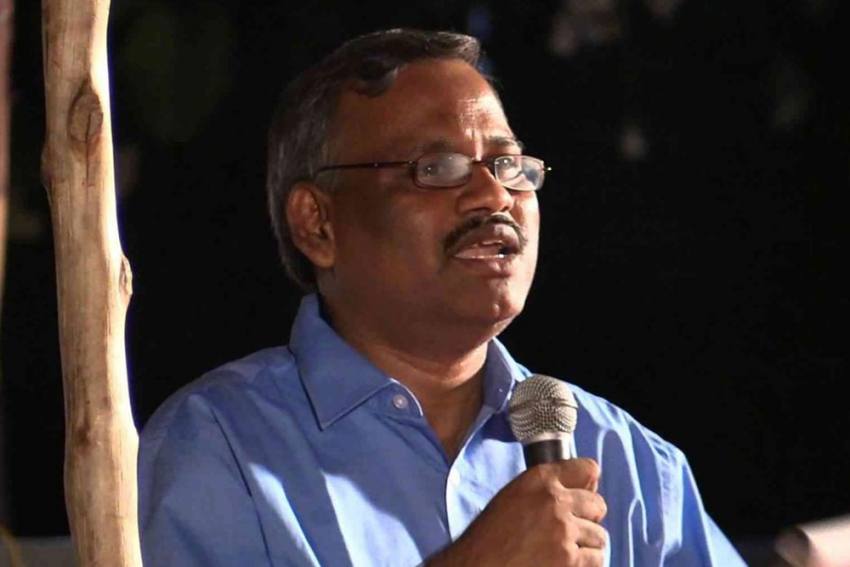 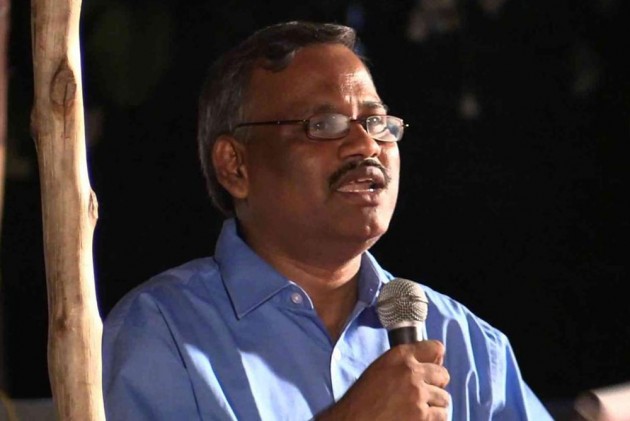 The National Investigating Agency (NIA) is set to question two sons-in-law of revolutionary poet-writer Varavara Rao, the family says that the harassment at the hands of the state continues despite the deteriorating health condition of the incarcerated poet.

The NIA has summoned K Satyanarayana, a professor at Hyderabad’s English and Foreign Languages University, and his co-brother and senior journalist KV Kumarnath for questioning in connection with the Elgar Parishad case. The questioning will be held at NIA’s Mumbai office on September 9.

The 81-year-old -activist-journalist has been languishing in prison for alleged links to Maoists and currently is at Mumbai’s Taloja Jail. Rao was arrested in August 2018 in connection with the Elgar Parishad-Bhima Koregaon cases.

The family of the poet is also apprehensive about whether Rao’s sons-in-law will return home after the questioning by the central agency.

Speaking to Outlook, Rao’s daughter Pavana says that the agency, in its notice said that both of them have been called for a witness statement. However, Pavana says that she is apprehensive about the real intention behind the questioning. “We are not sure whether they will come back or not. That’s the situation. We don’t know whether my husband and brother in law are actually called for the witness statement,” she added.

In August 2018, the Pune police had conducted raids at the residences of Rao and his daughters during the poet’s arrest. The police also took away laptops, hard discs, and pen drives among other things, says Pavana.

“Our houses were raided when my father was arrested two years back. In the Pune charge sheet, all the materials were shown as my father’s materials.  Now the NIA notice says that they are being called for a witness statement.  We don’t know about the procedures,” says the Hyderabad based college lecturer.

Maharashtra police has arrested 14 rights activists including Rao in connection with the Bhima-Koregaon violence, which broke out in 2018. The police say that the alleged speeches made at the Elgar Parishad conclave held in Pune on December 31, 2017, led to the violence near the Koregaon-Bhima war memorial. The police, in its charge sheet also claimed that the activists also plotted to kill Prime Minister Narendra Modi.

“The government put the activists in jail claiming that they hatched a conspiracy.  But the actual conspiracy is done by the state. We can clearly see that,” says Pavana, adding that the latest arrests of two Pune-based cultural activists Sagar Gorke and Ramesh Gaichor shows a clear conspiracy of the state.

Gorke and Gaichor, members of the ‘Kabir Kala Manch’, were arrested on Monday in connection with the Elgar Parishad case.

“Gorke and Gaichor put out a video message saying that NIA was forcing them to give statements implicating those arrested in the case. They were not ready to give and that’s why they got arrested,” says Pavana.

In July, the NIA had arrested Delhi University associate professor Hany Babu. Over the past few months, the agency has also questioned several academics, lawyers, and activists in connection with the case.

Even after two years, the arrested activists are yet to get bail and justice is being denied to them, says Pavana.

The family is also alarmed about the health condition of the poet, who was shifted back to jail last month after treatment at Mumbai’s Nanavati hospital. Rao was tested positive for Corona in July and his poor health condition has sparked widespread protests from many quarters. His family and activists alleged that jail authorities failed to provide adequate medical facilities to the poet. Later, the National Human Rights Commission (NHRC) also intervened and issued notices to the state government. The family says that they are yet to hear from him or the authorities.

“My father was shifted on August 27 to jail. Till now, we haven’t got any health updates either from Nanavati or from the jail. Court also is postponing its hearings," adds Pavana.

The NIA has also called Partho Sarothi Ray, Associate Professor, Indian Institute of Science Education and Research, to appear for questioning on September 10.