‘There is a strong urge for change from Congress workers. An overhaul of the organization will happen in the long run,’ Congress leader Tariq Anwar tells Outlook’s Preetha Nair 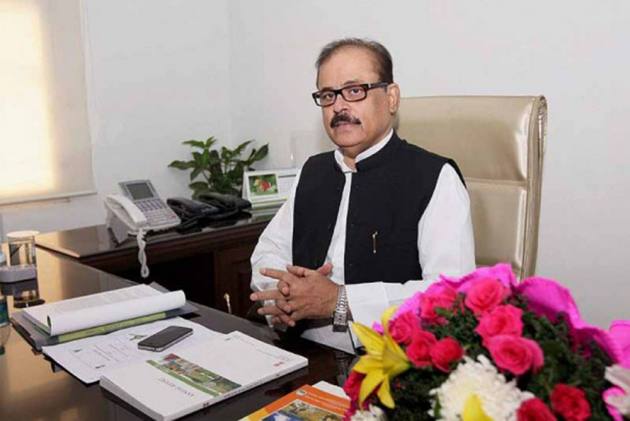 As uncertainty continues to plague the selection of a new Kerala Pradesh Congress Committee (KPCC) chief, AICC general secretary Tariq Anwar says that factionalism is the main reason for the Congress’ debacle in the recent Assembly polls. Speaking to Outlook, Anwar, who is in charge of party affairs in Kerala, also said that the Congress will soon reach a consensus in choosing a state president. Excerpts:

Q) The Congress central leadership has entrusted you with the task of selecting the KPCC chief. Is factionalism delaying your decision?

We will try to reach a decision as early as possible. I am talking to all senior leaders in the state including members of Parliament, MLAs and political affairs committee members. We are engaging in wider consultation with all stakeholders this time. Everybody should feel that their opinion has been taken into consideration. I will submit my report to the Congress president after the completion of the consultation. Now that incumbent president Mullappally Ramachandran has offered to quit, I will submit a panel of names. The Congress president will take the final call.

Q) There are reports of intense lobbying by various groups for their choice of leader. Do you think a consensus can be reached since group politics is part and parcel of the Congress in Kerala?

That’s why we are trying to give a chance to a person who can take all sections and groups along with him. We will choose a leader who is not part of any group. He will work beyond group politics. We will see that the person who will be nominated for the president’s post gets support from all sections of the party.

Q) Congress is pushing for a generational shift in leadership. However, 73- year-old K Sudhakaran is a strong contender for the KPCC president post. How can you call it generational change?

That’s why I am talking to all Congress leaders. We will make a decision depending on their suggestions. If consensus is in favour of Sudhakaran, what can I do? I have to go by the opinion of the party workers.

Q) Dalit leader Kodikunnil Suresh is also vying for the post. He will be the first Dalit PCC chief from the state if he is selected. What is your take on it?

All aspects will be taken into consideration while deciding the name. The leadership capacity, caste, region, all factors will be analysed. It will be a balanced choice.

Q) There is discontent among ‘A’ and ‘I’ factions of the party over the recent appointment of V D Satheesan as the leader of the Opposition. Is the AICC trying to avoid such a situation in the KPCC president selection?

The leadership tried to reach a consensus in the selection of the Opposition leader also. Two senior observers including Mallikarjun Kharge met and spoke to all leaders. The high command took a decision based on their observations. We tried our best to consider everyone’s s views so that controversy could be avoided.

Q) Former Opposition leader Ramesh Chennithala even wrote a letter to Sonia Gandhi about how he felt humiliated iduring the selection process of the leader of Opposition.

Q) Some leaders have also alleged that AICC leader K C Venugopal is behind the recent decisions. Is there a new power centre led by Venugopal?

Q) You have met all state leaders after the recent poll rout. What is your assessment of the party’s electoral defeat?

I can’t reveal the content of my report. There is a strong feeling that change is needed from top to bottom. An overhaul of the organization will happen in the long run. We have recently appointed a new Opposition leader. Soon, there will be a new KPCC chief as well. Subsequently, there will be changes in DCCs, blocks, and mandals.

Q) Seven years back, A K Antony’s panel also recommended reforms after the party’s setback in the Lok Sabha elections. But nothing has changed since then.

Kerala is a crucial state for us. The main reason for the humiliating defeat in the Assembly polls was factionalism in the state unit. If we can overcome internal squabbles, Congress will regain its glory. We will try to work on our weaknesses and try to take all leaders along. Now, we have to focus on the 2024 Lok Sabha elections.

Q) Ashok Chavan committee has submitted a report to Sonia Gandhi. It has recommended an overhaul of the state unit.

The recommendations of the committee will be considered.