With this, as many as five Indian mountaineers have been punished by Nepal for making false claims of scaling the world’s tallest point 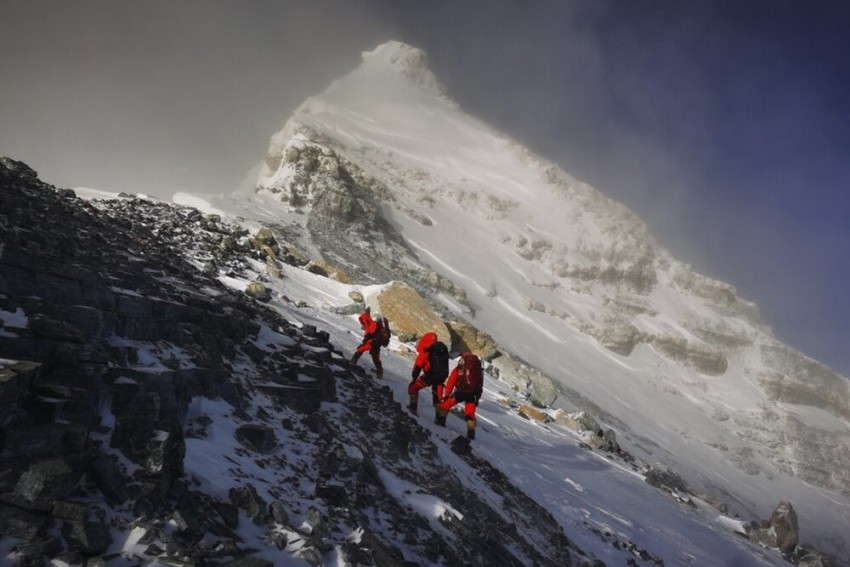 Nepal has banned three Indian mountaineers for making false claims about climbing Mt Everest in 2016. They are Narender Singh Yadav and Seema Rani Goswami, who were alleged to have made false claims, as well as Naba Kumar Phukon, who was the team leader during Yadav and Goswami’s climb.

Yadav and Goswami hail from Haryana and Phukon is from Assam.

The investigations into their claims started last year after several Indian mountaineers, as well as a Nepali Sherpa, alleged on social media and before journalists that were witness to Yadav’s failure, while Goswami had to be airlifted after she fell unwell.

Though Yadav and Goswami had announced their successful climb only after reaching India – instead of the traditional practice of announcing it after reaching Kathmandu, Nepal’s capital city – Indian mountaineers who were on Everest expeditions at the same time had not raised objections at that time. 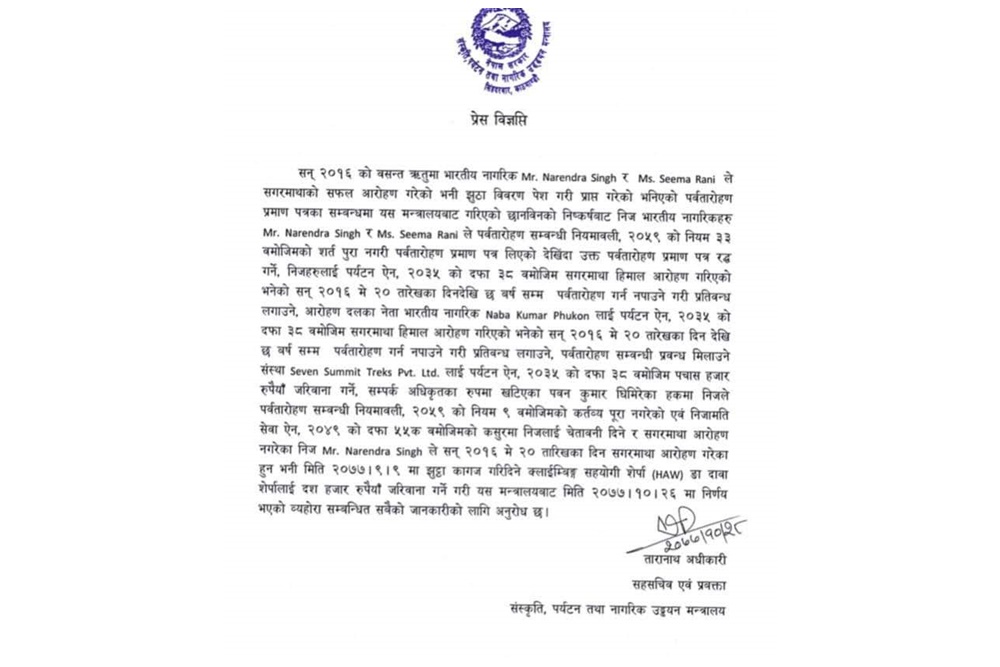 Allegations came pouring in August after the 26-year-old Yadav was named one of the five recipients of Tenzing Norgay National Adventure Award, India’s highest award for adventure sports in the ‘land adventure’ category for the year 2019. Mountaineers almost unanimously called his so-called photo of the summit as a morphed one.

Following the controversy, the government decided to withhold handing over the award.

Nepal started a probe soon after about the claims of Yadav and Goswami.

The decision to ban the three for six years came earlier this week. A statement issued by Nepal’s tourism department said that ban will be effective from May 20, 2016, the day when they claimed to have scaled the peak. Therefore, the ban ends in May 2022.

They are prohibited from all kinds of mountaineering activities in Nepal till then.

Phukon was penalised for having endorsed their claims at that time.

Earlier, talking to Outlook, Mingma Sherpa of Seven Summits Treks had said that they issued the certificate because the climber’s claim was supported by the accompanying Sherpa guide.

Incidentally, Yadav recently took to social media to defend his claim and slammed those who were “defaming” him. “There is no competition between donkeys and horses and the world will keep barking like this,” he wrote in Hindi.

On February 8, he posted two video clips on Facebook, claiming to be his “his Everest summit video” shot on May 20, 2016. There has been no response from him since Nepal made public its decision on Tuesday.

Earlier, Nepal had banned a couple, Dinesh and Tarkeshwari Rathod, who worked with the Pune police. They had claimed to be the first Indian couple to scale Mt Everest together. They, too, made their claims in the summer of 2016.

After some Indian mountaineers lodged police complaints in India alleging that their summit photo was morphed, Nepal started a probe. The Rathod couple, as it turned out, had morphed a summit photo of climber Satyarup Siddhanta, who had ascended successfully a few days ago.

In 2017, following Nepal’s decision to ban the Rathod couple from mountaineering in India, Pune police dismissed them from service.

India is the country with the highest number of mountaineers penalised with a ban for making false claims of summiting Mt Everest.