Manmohan Singh, in his letter, suggested five measures to battle the Covid-19 crisis, including boosting the supply of medicines and to let states define frontline workers 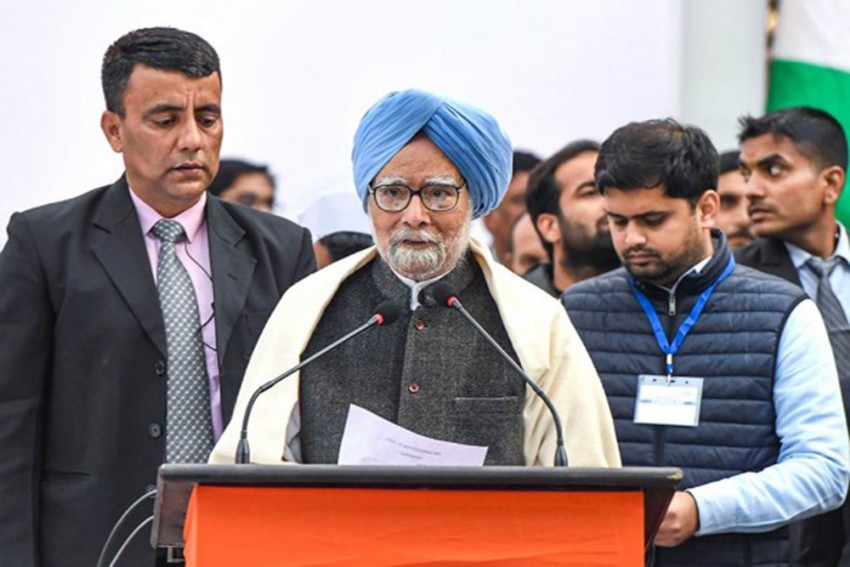 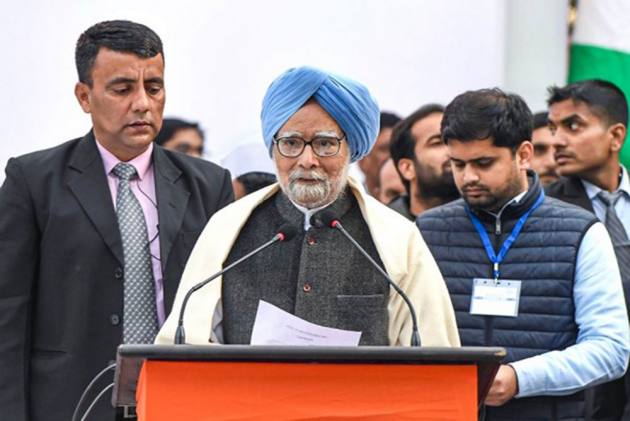 Amid India logging a record 2,61,500 new Covid-19 cases during the last 24 hours, former prime minister Manmohan Singh wrote to PM Narendra Modi on Sunday highlighting the need to ramp up vaccination in the country.

Registering a steady increase for the 39th day in a row, the tally of active Covid-19 cases has climbed to 18,01,316 comprising 12.18 per cent of the total infections, while the national Covid-19 recovery rate has dropped to 86.62 per cent, the ministry said.

Amid these developments, in a letter to the prime minister, the veteran Congress leader said vaccination will be the key to curb the rise of Covid-19 infections in the country.

"The key to our fight against COVID-19 must be ramping up the vaccination effort. We must resist the temptation to look at the absolute numbers being vaccinated and focus instead on the percentage of the population vaccinated, "Singh said in his letter.

Noting that India currently has vaccinated only a small fraction of its population, Singh said he is certain that with the right policy design, "we can do much better and very quickly".

"There are many things we must do to fight the epidemic but a big part of this effort must be ramping up the vaccination programme," he said while making several suggestions.

Singh, in his letter, suggested five measures to battle the Covid-19 crisis, including ramping up vaccination and boosting the supply of medicines.

Invoking compulsory licensing provisions for drug manufacturers and giving some flexibility to states to define categories of frontline workers who can be vaccinated even if they are below 45 years are some of the steps mooted by him.

Currently, people above 45 years of age are eligible for vaccination.

He said some states may want to designate school teachers, bus, three-wheeler and taxi drivers, municipal and panchayat staff, and possibly lawyers who have to attend courts as frontline workers, and they can then be vaccinated even if they are below 45 years.

The suggestions come a day after the Congress Working Committee met and discussed the efforts required to fight the COVID pandemic.

Singh said the Centre should publicise vaccine dose orders placed and accepted for delivery over the next six months. He said the government should indicate how vaccine supplies are to be distributed to states.

"If we want to vaccinate a target number in this period, we should place enough orders in advance so that producers can adhere to an agreed schedule of supply," he noted.

The former PM said the government should indicate how this expected vaccine supply will be distributed across states based on a transparent formula.

He suggested that the central government could retain 10 percent for distribution based on emergency needs, and states should have a clear signal of likely availability so that they can plan their rollout.

Noting that India has emerged as the largest vaccine producer in the world, he said at this time of a public health emergency, the government must proactively support vaccine producers to expand their manufacturing facilities quickly by providing funds and other concessions.

"I believe this is the time to invoke the compulsory licensing provisions in the law so that a number of companies are able to produce the vaccines under a licence. This, I recall, had happened earlier in the case of medicines to deal with the HIV/AIDS disease," he said.

Citing Israel's example, which has already invoked the compulsory licensing provision, he said there is an overwhelming case for India to do so as well quickly.

With domestic supplies being limited, Singh said any vaccine that has been cleared for use by credible authorities such as the European Medical Agency or the USFDA, should be allowed to be imported without insisting on domestic bridging trials. "We are facing an unprecedented emergency and, I understand, experts are of the view that this relaxation is justified in an emergency.

The relaxation could be for a limited period during which the bridging trials could be completed in India," he said.

A warning to all consumers of such vaccines be given that these vaccines are being allowed for use based on the approval granted by the relevant authority abroad, he said.

Singh said he is forwarding his suggestions for consideration in a spirit of constructive cooperation in which he has always believed and acted upon.

"I hope the government will accept these suggestions immediately and act on them promptly," he said.

Singh recalled how over the year, the world and India have been grappling with the Covid-19 pandemic with many parents not seeing their children in over a year.

Many have lost their source of livelihood, and several millions have been pushed back into poverty, he said, noting that with the second surge being currently witnessed, "people are beginning to wonder when their lives will get back to normal".

India has seen a massive surge of Covid-19 cases with over two lakh cases being reported every day in the past four days.

Senior Congress leader P Chidambaram expressed the hope that the government will adhere to the suggestions.

"Dr Manmohan Singh has written to Prime Minister Narendra Modi containing five specific suggestions to fight the pandemic. He has requested the PM to accept them immediately and act on them promptly," he said.