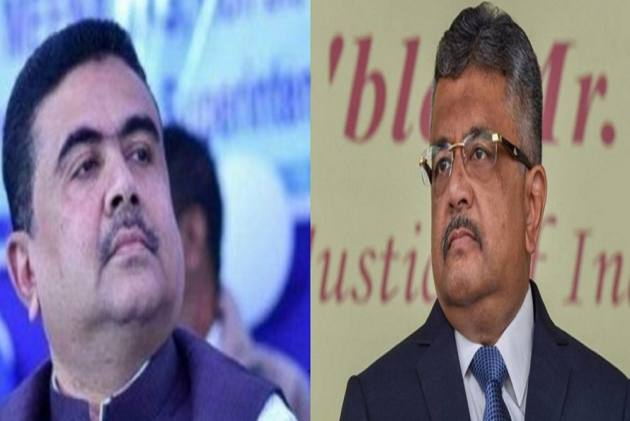 Trinamool Congress (TMC) all India general secretary and West Bengal chief minister Mamata Banerjee’s nephew, Abhishek Banerjee, has on Friday asked for the CCTV footage of India’s solicitor general Tushar Mehta’s residence for the duration of Suvendu Adhikari’s stay there to be made public, after Mehta claimed that he had refused to meet Adhikari who visited his residence unannounced.

This demand came a few hours after the TMC wrote to prime minister Narendra Modi, seeking the removal of Mehta from his post for having met an accused in the Narada scam case which is being heard by the Calcutta high court at present, with Mehta arguing for the CBI, the investigating agency.

The Narada cash-for-favours scam of 2016 returned to hog the limelight in May this year, barely two weeks after Mamata Banerjee returned to power with a thumping majority, as the CBI arrested ministers Firhad Hakim, Subrata Mukherjee, TMC MLA Subrata Mukherjee and former minister Subrata Mukherjee. This, however, created a major controversy, as the TMC highlighted how the CBI did not touch the two Narada accused – Suvendu Adhikari and Mukul Roy – who were with the BJP.

Adhikari was a TMC Lok Sabha MP when the scam hit the headlines after Narada News released videos of its sting operation. He joined the BJP in December 2020, contested on a BJP ticket and defeated Mamata Banerjee on his home turf of Nandigram. Roy has since joined the TMC but Adhikari has emerged as one of the BJP’s leading faces in the state, serving as the Leader of the Opposition in the state assembly.

In the letter to the prime minister, signed by TMC Rajya Sabha MPs O’Brien and Sukhendu Sekhar Roy and Lok Sabha MP Mahua Moitra, said that Mehta’s meeting with Adhikari raised ‘some serious questions about the integrity of the post that Mehta holds.

Mehta had soon denied meeting Adhikari. In a statement, he said that Adhikari came to his residence-cum-office unannounced but his staff informed Adhikari of Mehta’s inability to meet him, following which Adhikari left without insisting.

Adhikari, too, said in Kolkata that he went to Mehta’s residence to discuss post-poll violence but could not meet him.

But the TMC did not agree to buy Mehta’s statement. Abhishek Banerjee wrote in a series of tweets that Mehta’s “efforts to dismiss speculations regarding clandestine meeting” with Adhikari could only be valuable if Mehta made all CCTV footage public.

“Moreover, was Mr Adhikari present in the SG's residence without prior appointment? Reports state that Mr Adhikari entered Hon'ble SG's residence in the presence of a cavalcade of officers and stayed there for nearly 30 minutes. Does that imply that a meeting was indeed due? As the episode gets murkier, one can only hope that the truth shall surface,” Banerjee said.

Political observers say that this is a controversy that the BJP could have avoided, since it may give credence to the TMC’s allegation that the CBI was being used by the BJP to harass and intimidate political opponents.

“This was an unnecessary move. Already, the TMC is trying to politically use the Narada case against us citing lack of CBI action against Adhikari. Now, Adhiakari goes to meet the solicitor general who is playing the leading role in arguing for the CBI in court in Narada case. We handed over free ammo to the TMC,” said a senior BJP leader who did not want to be named.

Another senior leader of the BJP’s state unit said that Adhikari made the move without discussing the matter with anyone in the state leadership. BJP’s Bengal unit president has shrugged off all responsibilities by saying that he was not aware of Adhikari’s visit to Delhi.