Polling in Nandigram is scheduled in the second phase, on April 1. 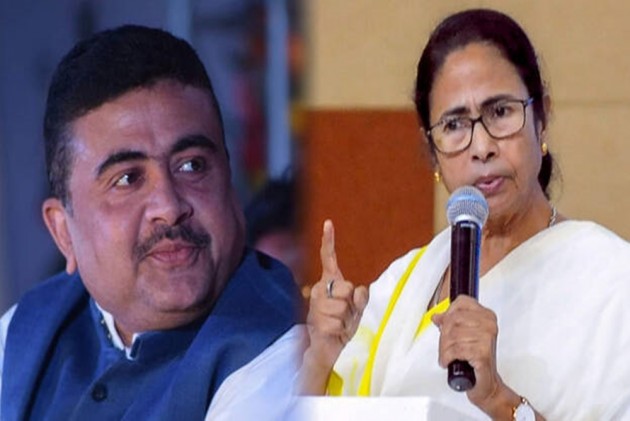 Nandigram in East Midnapore district, the site of a much-talked-about anti-displacement movement that played a pivotal role behind the fall of the 34-year-old Left Front regime, is all set to become the most high-profile contest in the state Assembly elections scheduled to start later this month.

According to a senior BJP leader, who did not want to be named, the party's central parliamentary board cleared the name of Suvendu Adhikari, the former Trinamool Congress (TMC) heavyweight who joined the BJP in late 2020, as the party's Nandigram candidate. Adhikari is the outgoing MLA from Nandigram.

Chief Minister Mamata Banerjee has already announced her plan to contest from Nandigram.

She has been representing the Bhowanipore constituency in south Kolkata where she lives since 2011.

"On Thursday, Adhikary told the party's central leaders that he wanted to contest from Nandigram itself," said Rajib Banerjee, another former TMC minister who joined a BJP soon after Adhikary.

After the BJP's Bengal leadership's meeting with the central leadership in New Delhi - during which candidates for the first two phases were discussed - a list was sent to the parliamentary board for approval.

"The board, during its meeting later in the night, approved the list," a senior BJP leader said on condition of anonymity. The party is likely to announce the list in a couple of days.

Meanwhile, the TMC is likely to announce its first list of candidates, for the first two phases, on Friday in Kolkata.

The state is scheduled to undergo an eight-phase election from March 27 to April 29.

Polling in Nandigram is scheduled in the second phase, on April 1.

Incidentally, it was after Adhikary joined the BJP and started carrying out a high-pitched attack against Mamata Banerjee's government, and especially her nephew Abhishek Banerjee, Mamata announced that she will contest from Nandigram.

The district of East Midnapore has been a bastion of the TMC, thanks largely to the Adhikary family. Apart from Suvendu, the family has Suvendu's father, TMC veteran Sisir Adhikary and Suvendu's brother Dibyendu as the two Lok Sabha MPs from the district.

The two are yet to quit TMC formally but are hardly taking part in the party's electoral activities.

"It is to prevent a split in the party in the East Midnapore district following the developments around the Adhikary family that she decided to take the battle head-on. It is largely due to her decision that the TMC camp in East Midnapore remains high on morale and there has been no significant desertion of leaders following Suvendu's exit," said a senior Bengal minister who did not want to be named.

Adhikary has repeatedly vowed to defeat Mamata Banerjee by a margin of 50,000 votes.

Mamata Banerjee has her popularity in Nandigram as she led the anti-displacement movement during 2006-2008 in which Suvendu was one of her generals.