The AIMPLB reply was filed in response to a PIL of Yasmeen Zuber Ahmad Peerzade who has sought judicial intervention in ensuring entry of Muslim women in mosques. 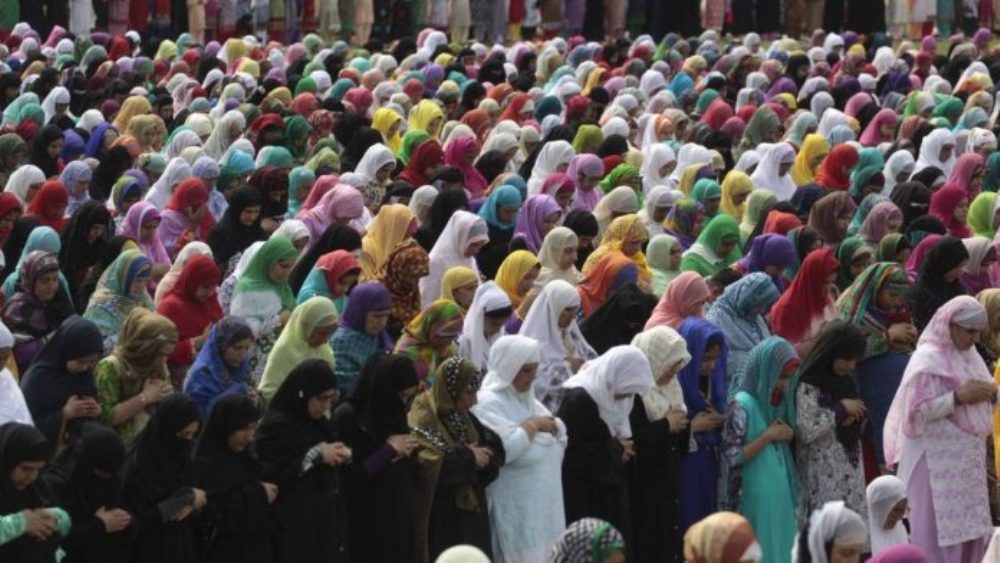 Muslim women like men are permitted to enter mosques for offering 'namaz', the All India Muslim Personal Law Board (AIMPLB) told the Supreme Court Wednesday.

The AIMPLB reply was filed in response to a PIL of Yasmeen Zuber Ahmad Peerzade who has sought judicial intervention in ensuring entry of Muslim women in mosques. It will be considered by a nine-judge Constitution bench headed by Chief Justice S A Bobde.

The bench is dealing with legal and constitutional issues relating to discrimination against women in various religions and at religious places including Kerala's Sabarimala Temple.

"Considering the religious texts, doctrine and religious belief of the followers of Islam, it is submitted that entry of women in the Mosque for offering prayer/ Namaz, inside the Mosque, is permitted. Thus, a Muslim woman is free to enter Masjid for prayers. It is her option to exercise her right to avail such facilities as available for prayers in Masjid.

"The All India Muslim Personal Law Board does not want to comment on any contrary religious opinion to this effect," Mohammed Fazlurrahim, Secretary of AIMPLB, said in his affidavit filed through lawyer M R Shamshad.

"The Muslim woman is differently placed because as per doctrines of Islam she is entitled to the same religious reward (Sawab) for praying as per her option either in Masjid or at home," it said.

The top court Tuesday said that its nine-judge Constitution bench would hear within 10 days questions related to entry of Muslim women into mosques, female genital mutilation in the Dawoodi Bohra Muslim community and barring of Parsi women, married to non-Parsi men, from the holy fire place at Agiary.

The AIMPLB contended that it is not appropriate for the top court to enter into questions of practices based upon religious beliefs.

The affidavit said that religious practices in Mosques are regulated by private bodies concerning its Muttawalis and the AIMPLB, being an expert body can only issue advisory opinion based on Islam.

"This court for that matter, cannot enter into the arena of detailed arrangements of a religious place, which is completely privately managed entity for religious practices of believers in particular religion," said the affidavit.

AIMPLB in its affidavit kept forward some topics to be deliberated upon by the nine-judge Constitution bench such as whether or not courts can judicially determine meaning of faiths and the extent of constitutional protection from interference in their practices.

It also asked in its affidavit that shouldn't a "religious denomination be the sole authority to determine its essential religious practices and should the court exercise jurisdiction in questioning the essential features of such practices?"

It is for the followers of Islam to accept a Fatwa or not and they have no statutory force, it said.

"Upon having received the opinion, it is for the follower of Islam, who seeks Fatwa, either to accept the same or not. However, on the sanctity of Fatwa, it is submitted that it is an opinion based upon religious texts, doctrine and their interpretation and has no statutory force.

"In case, if some believer of Islam is of the opinion that he/she needs religious opinion/fatwa, based upon interpretations of religious texts, then delivering of Fatwa on that issue cannot be restrained by judicial order of this Hon’ble Court as the same shall directly hit the right and freedom of religious belief of an individual," the affidavit said.