The team seized 8.9 kg of tiger bones and deer horns from the possession of the poacher, Balchand Barkade, a resident of Nagpur in adjoining Maharashtra, he said. 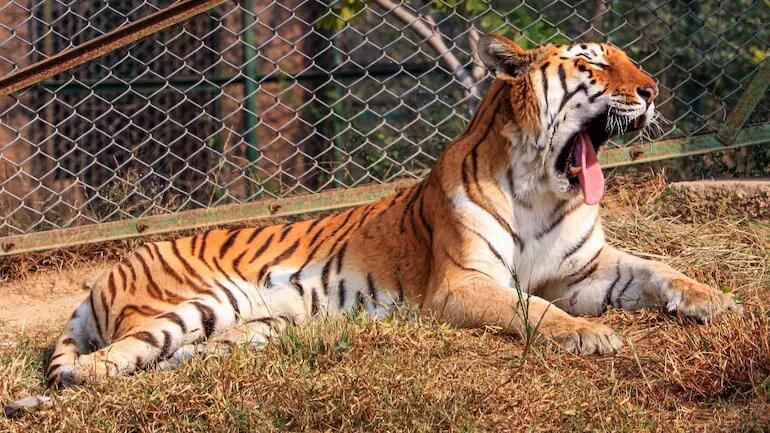 An official on Wednesday confirmed arrest of a poacher hailing from Maharashtra in Madhya Pradesh's Seoni district. Officials seized tiger bones and deer horns from his  possession.

According to Forest Sub-Divisional Officer (SDO) SK Jauhri, acting on a tip-off, a joint team of the Wildlife Crime Control Bureau (WCCB) and the forest department's Special Task Force (STF) arrested the alleged poacher from Khawasa village located on the borders of Madhya Pradesh and Maharashtra on late Tuesday night.

The team seized 8.9 kg of tiger bones and deer horns from the possession of the poacher, Balchand Barkade, a resident of Nagpur in adjoining Maharashtra, he said.

Jauhri said during interrogation, the 40-year-old man admitted he had earlier killed 3 to 4 tigers and sold their body parts.

It is suspected that Barkade may be part of a gang of wildlife smugglers and poachers active in Madhya Pradesh and Maharashtra, and a forest team is working on tracing his associates, he said.

The forest officer said Barkade is a habitual offender and cases of wildlife smuggling had been registered against him earlier too.

Khawasa is located on the MP-Maharashtra border and a large part of the Pench National Park is spread around the village. It also falls under tiger movement area, forest department officials said.