More Than A Lok Sabha Election In Tamil Nadu

Thursday’s by-polls to 18 Assembly seats will decide the fate of the Edappadi K. Palaniswami government. 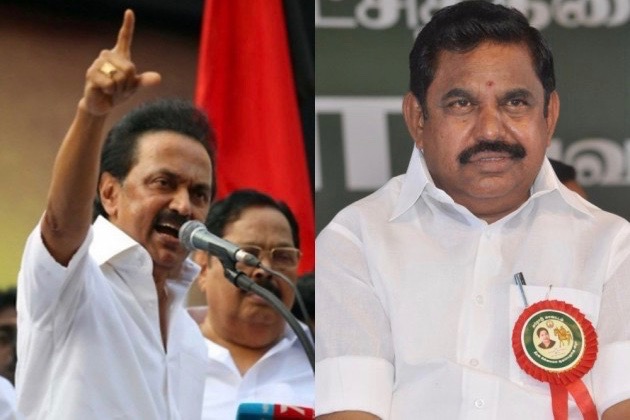 Tamil Nadu will vote on Thursday for 38 of its 39 Lok Sabha seats after election to the Vellore seat was cancelled due to seizure of  Rs. 11.6 crores from the godown of a DMK functionary on April 1. But more importantly, voters in 18 Assembly constituencies will also elect their MLAs which would have a bearing on the survival of the Edappadi K. Palaniswami government.

The Election Commission has announced that four more vacant Assembly seats will have their by-polls on May 19.

Presently, the ruling AIADMK has 113 members (excluding the Speaker) and its rival DMK-led alliance has 97 MLAs, including eight from the Congress and one from the IUML. T.T.V. Dhinakaran is the lone independent MLA.  If the DMK wins 21 seats in the by-polls, it would be in a position to form a government along with its allies, claiming a majority of 118 in the 234-member Assembly.

The EPS government could consider itself safe if it manages to win even 10 seats. Of the 113 members, the loyalty of five are with the TTV group though they have not been disqualified yet. So effectively, EPS has the support of 108 MLAs, and by winning ten seats he can reach the majority mark of 118.

While EPS has to win 10 seats to survive, Stalin has to win more than twice to dislodge EPS.

When the votes are counted on May 23, Tamil Nadu’s attention would be more on the outcome of the Assembly byelections than the Lok Sabha. Stalin had been campaigning that the present state government would fall after May 23 as the DMK would win all the 22 seats and have the numbers to form a government. But the AIADMK camp has been quietly confident that it would have the necessary majority to stay in power till 2021.

The main worry for the AIADMK is how much TTV’s candidates would cut into its vote banks and help the DMK romp home. At least in seats located in Thanjavur Delta and southern districts, TTV's candidates are likely to benefit by the votes of the Thevar community. Hence the AIADMK has got the PMK and Vijayakanth’s DMDK to support its candidates in the northern districts where the two parties have a following. AIADMK leaders predict that the voters may ultimately look for continuity and vote for the AIADMK in the by-elections.

On the opposite side Stalin is hoping that he would be able to mop up the numbers to swing a majority and form a government. Even if the DMK fails to cross the half-way mark in the Assembly, Stalin is confident that if the BJP fails to return to power in Delhi the AIADMK government would fall without the protection offered by the Centre. If the government falls, the prevailing uncertainty could even see large desertions from the AIADMK towards the TTV camp. In that sense for both Stalin and EPS-OPS (O. Panneerselvam) this is a real high stakes battle in the absence of Karunanidhi and J. Jayalalithaa.

Even though he may not win any Lok Sabha or Assembly seats and be only a spoiler for the AIADMK, TTV would want to poll a solid percentage of votes so his AMMK can become a recognised political party with a reserved symbol, now that he has lost his claim over the AIADMK’s name and symbol.

Kamal Haasan would want to register a decent number of votes to convince the voters that he is here for the long term even if he does not win any seats. Seeman, who is contesting his second election by wooing the Tamil youth with an extremist slant, hopes to shed the tag of a fringe player by polling at least five per cent of votes. May 23 would have the answers for all these calculations.