The incident, after which an FIR was filed against Nitesh Rane, took place at Kankavli, his assembly constituency in the coastal district of Sindhudurg. 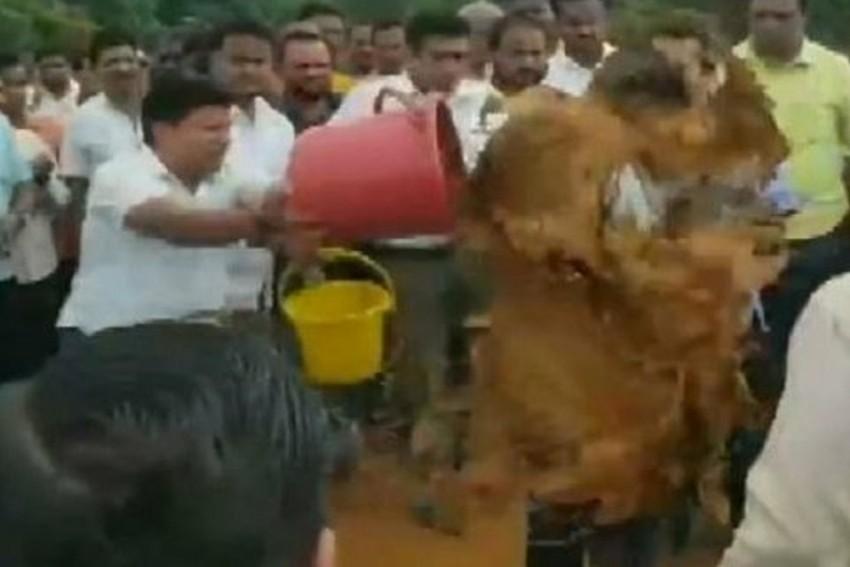 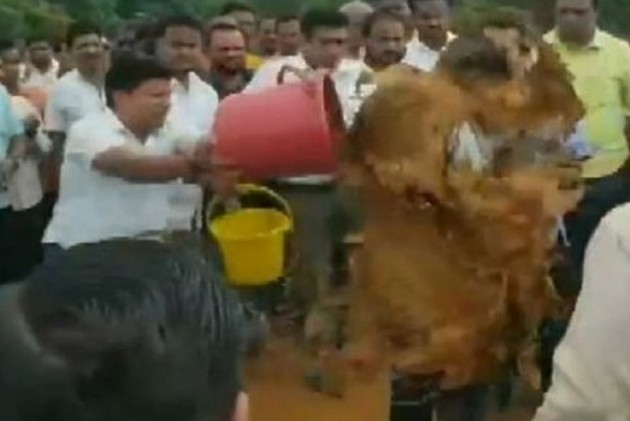 Congress MLA Nitesh Rane and 16 of his supporters were arrested on Thursday by the Maharashtra police for 'assaulting' a deputy engineer, officials said.

Nitesh Rane, the son of former Maharashtra chief minister Narayan Rane, was this morning caught on camera pouring mud on a deputy engineer to protest the poor condition of the Mumbai-Goa highway.

The incident, after which an FIR was filed against Nitesh Rane, took place at Kankavli, his assembly constituency in the coastal district of Sindhudurg.

"He has been taken into police custody in this case," said Dikshit Gedam, Superintendent of Police of Sindhudurg, told PTI.

In the video clip that has gone viral on social media, Nitesh Rane and Kankavli Municipal Council president Samir Nalawade are purportedly seen tying deputy engineer Prakash Khedekar of the National Highways Authority of India (NHAI) to the railing of a bridge and pouring buckets of mud on him.

On a complaint filed by the engineer, an offence under IPC section 353 (assault on government servant) was registered against Nitesh Rane and his supporters, police said.