The Birbhum MP had voiced dissent on Friday over not being informed about the party events in her constituency which she said caused 'mental pain'. 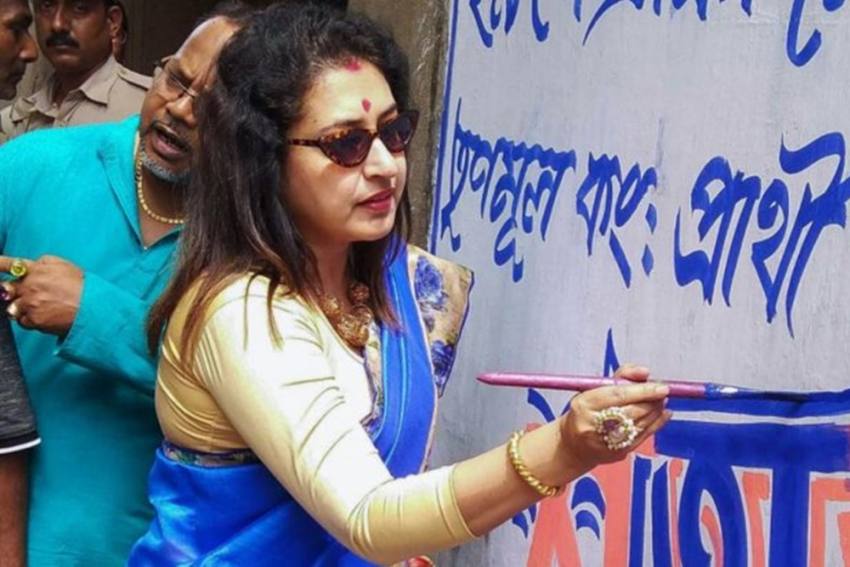 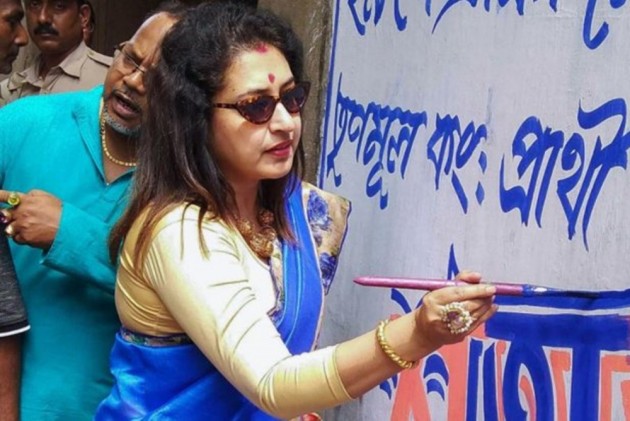 TMC MP Satabdi Roy was appointed vice-president of the West Bengal unit of the ruling Trinamool Congress on Sunday, amid speculations of a possible switch to the saffron camp. The three-time MP ceded to a truce yesterday, saying that it would be "unethical to look for other options" when the party is facing a tough fight.

Roy said she will continue to serve the party as a dedicated worker and ensure BJP's defeat in the upcoming Assembly polls.

"I welcome the decision", Roy said on her appointment as the state unit vice-president in the reshuffle.

"If you take up the matter concerning the party with the top leadership, it is addressed. This development proves that," she said to the reporters.

Roy, an actor-turned-politician and a leading face in the Mamata Banerjee's cultural brigade, is the third consecutive term Lok Sabha member from Birbhum. She had snatched the Birbhum seat from CPI(M) heavyweight Ram Chandra Dome in 2009 on debut and managed to win it by an overwhelming margin in 2019, even as the BJP had routed the Trinamool Congress in the nearby constituencies.

Roy was among the prominent leaders who had joined Banerjee's Singur and Nandigram movement in 2009 that ended the Left Front rule and catapulted the feisty Bengal leader to power in the state. The Birbhum MP had voiced dissent Friday over not being informed about the party events in her constituency which she said caused "mental pain".

In a Facebook post, she had said that she will inform the public Saturday if she takes any "decision", following which the jittered Trinamool Congress leaders had started reaching out to her.

She changed her stance and expressed full confidence in the leadership of Mamata Banerjee and Abhishek Banerjee after meeting the Diamond Harbour MP Friday evening. TMC spokesperson Kunal Ghosh had also met Roy to dissuade her from leaving the party.

After hammering a solution to her grievances, Roy had Saturday praised Abhishek Banerjee, who is the nephew of the chief minister, for giving her a patient hearing and said she "is pleased with the way the young leader assured" her of resolving all the issues.

Returning satisfied after a two-hour-long meeting with Abhishek Banerjee she had made it clear that she will remain with the TMC. She also admonished party colleagues having problems like her to discuss the issues with the party instead of looking for other options. The actor-politician had said it would be "unethical to look for other options" when the party is facing a tough fight.

Polls to 294-member Bengal assembly are due in April-May. Banerjee's party is witnessing an exodus of its disgruntled leaders to a resurgent saffron party which is making all efforts to win the state after an impressive performance in the 2019 Parliamentary election-winning 18 out of 42 Lok Sabha seats in Bengal, only four less than the TMC tally of 22.

Last month, Suvendu Adhikari, along with 35 party leaders including five MLAs and an MP, joined the BJP, setting off a churning as several disgruntled leaders rallied behind him. In the rejig in the TMC, the party announced new names for the state committee which included Moazzem Hossain and Shankar Chakraborty in addition to Satabdi Roy.

In another significant development, former administrator of Asansol Municipal Corporation and Trinamool leader Jitendra Tiwari, who had voiced discontent over running of the civic board and had even met Suvendu Adhikari and Sunil Mondal on the eve of their joining BJP on December 17, has been removed from the post of district president of Paschim Bardhaman.

Tiwari, who had iterated to work for TMC supremo Mamata Banerjee after a meeting with the party leadership in the last week of December, has been replaced by Apurba Mukhopadhyay as the TMC district president. "This decision has been taken as I did not take back my resignation letter as the administrator. As an MLA and an ordinary worker, I will continue to serve my organization," Tiwari said.

Asked about the appointment of Roy and other leaders in the state committee and new faces in the district committees, Trinamool Congress Secretary General Partha Chatterjee said "it is an organisational matter. Why should we discuss this with the media"?