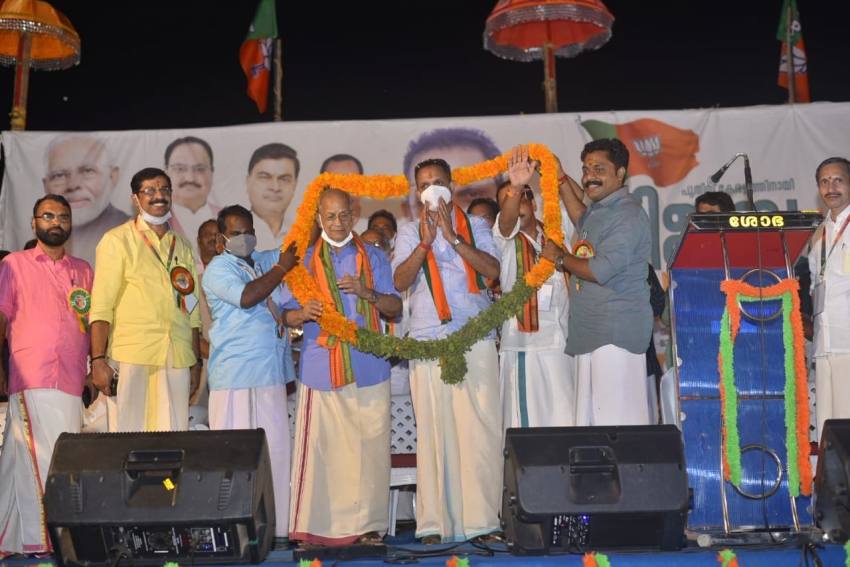 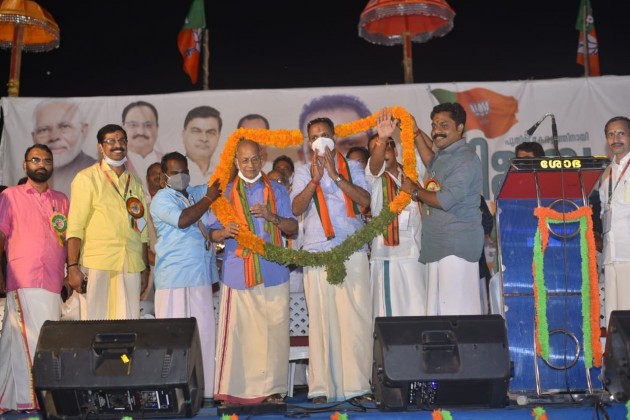 Also Read| A Person Of My Caliber And Reputation Will Help BJP In Kerala: E Sreedharan

Addressing the meeting, Sreedharan said it is one of the greatest moments in his life.

Surendran welcomed Sreedharan with a garland in the presence of a large number of Bharatiya Janata Party (BJP) workers.

The 88-year-old technocrat also thanked Surendran for giving him an opportunity to work for the BJP.

Sreedharan, popularly known as the "Metro Man", had announced his decision to join the saffron party last week.

He has also said he will contest the Kerala Assembly polls, likely to be held in April-May.