As per a local jeweller, the object has metallic properties of Germanium, Platinium, Nickel and Iron with the major share. 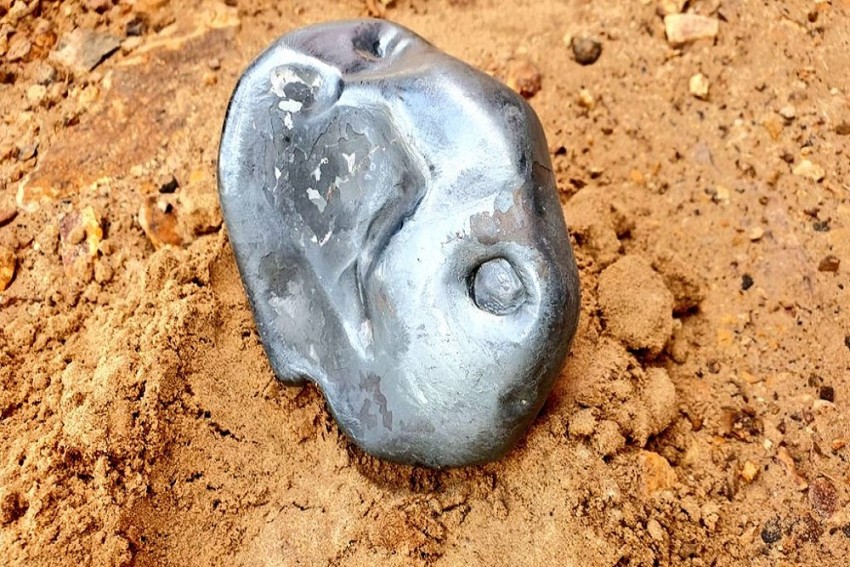 The meteorite-like subject which fell from the sky in Rajasthan.
Tabeenah Anjum 2020-06-19T23:00:08+05:30 Meteorite-like Object Falls From Sky In Rajasthan, Leaves Residents Perplexed 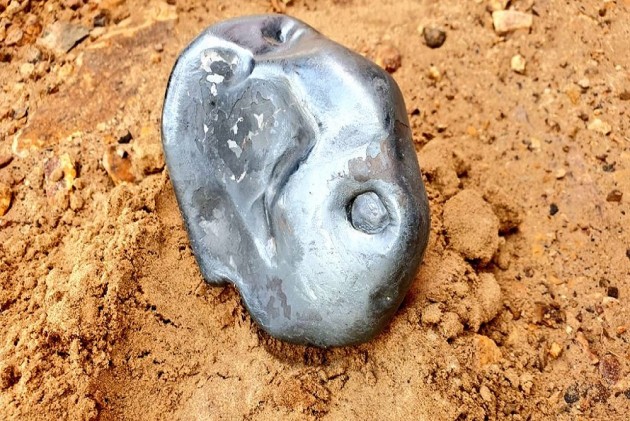 In an unusual incident, a meteorite-like object weighing around 2.78 kg fell from the sky on Friday morning in Sanchore town in Jalore district of Rajasthan, approximately 530 kilometers from state capital Jaipur.

According to the locals who were the first ones to inform the police and local administration, an explosive sound was heard when the object fell from the sky. "I was standing on the balcony of my house when I saw something falling from the sky. The first thought that came to my mind was it being a bomb. Within no time, as it fell on the ground, an explosion-like sound was occurred. The fall resulted in panic in the area. Most of the people in my colony woke up to this sound and children were scared,” Suresh Desai, a resident of Sanchor and an eye-witness told Outlook.

According to Desai, the object fell with such force and heat that it resulted in the formation of a one-foot deep pit in the ground. The fall of the meteorite took place in an open field around 7 AM, in the outskirts of Sanchor.

"I received a phone call from the locals, claiming that a rock solid object has fallen from the sky. After reaching the spot, we saw a heavy rock like structure on the ground. The object was emitting heat so we advised locals to stay away. After it cooled down, we took it for basic examination. We found that it weighed around 2.78 kg," Bhupendra Yadav, Sub-divisional magistrate of Sanchore, told Outlook.

As per Yadav, a local jeweller, who examined it in presence of police and administration, claimed that the object has metallic properties of Germanium, Platinium, Nickel and Iron with the major share.

The local administration has contacted the teams of geologists at Geographical Survey of India's Ahmedabad and Jaipur office, who will be examining it further. The object is currently at Sanchor police station.

Was There Intelligence Failure On Situation With China, Sonia Asks Govt At All-party Meet