Jailed And Ailing, Peasant Leader Akhil Gogoi Takes On BJP Might And Wins In Ahom Heartland

Akhil Gogoi, the peasant leader, social and RTI activist, had been spearheading the anti-CAA movement when he was booked on sedition charges 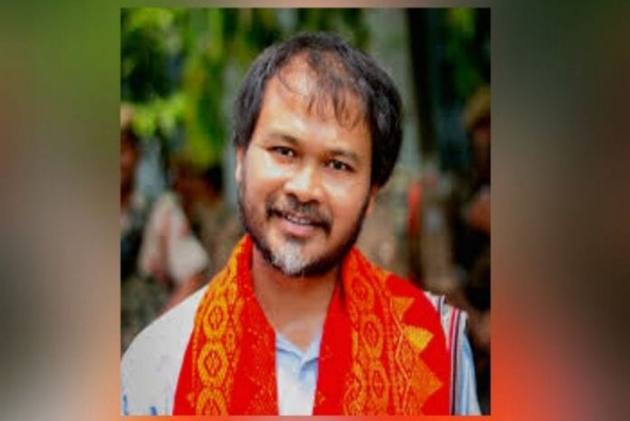 Some supporters of Akhil Gogoi on Monday walked up to quarter number 53 in the MLA complex in the city and put up a paper plaque bearing his name. The quarter was occupied by AGP leader Brindaban Goswami, who was denied a ticket this time.

The quarters, as far as they were concerned, was now his. It didn’t matter if the quarters are allocated by the general administration department of the government; the action was completely in sync with the identity that Akhil has acquired over the years.

The president of the nascent Raijor Dal won from Sibsagar defeating his BJP rival Surabhi Rajkonwari by a margin of over 12,000 votes. In the process, he also notched up a first—the first candidate to win an election in Assam from behind bars.

Why Assam And Kerala Matter More For Congress Than Bengal

He has been in jail since December 2019 after leading protests against the Citizenship (Amendment) Act during which five protesters died in police firing. He faces charges of sedition and inciting violence.

In his absence from campaigning, even his mother, Prioyoda Gogoi, had stepped out making emotional appeals besides those like Medha Patkar and students who went from door to door seeking votes for him.

Priyoda understandably is a relieved lady today. “It is the love of the people that have led Akhil to victory. He has to now work for the people, he must help build a new Assam where there will be no corruption or other vices,” she said as around her Sivasagar burst into celebration.

Among the enduring images that come up when one speaks of Akhil are of him standing on the steps of a bus requisitioned by police to take protesters into custody as he shouts slogans decrying the government for its acts of omission or commission, or of him being surrounded and led by the police, again, for another stint in jail, or of leading siege on institutions found committing wrong, or of him waving a sheaf of papers that reply to RTI queries and which reveal wrongdoings…

The 45-year-old is a peasant leader, social and RTI activist all rolled into one. He has been a thorn in the government’s flesh protesting against land swap deal with Bangladesh, big dam projects in the Northeast or disinvestment in the PSUs before taking up the cudgels against CAA, which in his view would destroy the Assamese identity by giving citizenship to 1.90 crores post-1971 Hindu Bengali migrants from neighbouring Bangladesh.

It was this track record that health minister Himanta Biswa Sarma had in mind when, while welcoming him, advised that Gogoi should function within the constitution and refrain from burning tyres on the roads.

His supporters would perhaps want him to remain the Akhil Gogoi they have known and even gone to jail with, the quintessential protester.

“Now we will hear the lion roar inside the Assembly,” said one as he celebrated Gogoi’s victory in Sivasagar.