No casualties were reported, officials said adding that the fire broke out at 4.15 pm 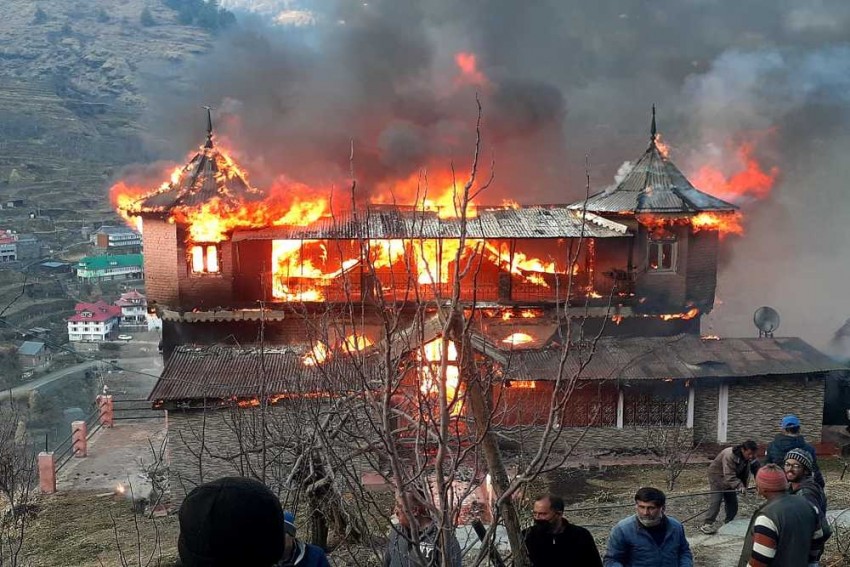 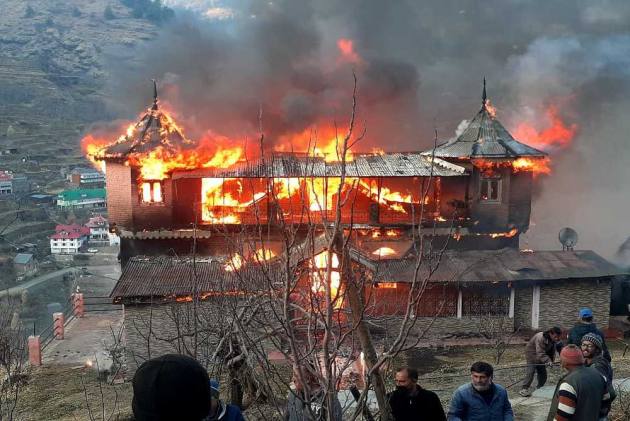 A massive fire broke out in Himachal Pradesh’s Praunthi on Wednesday, destroying a four-storey residential complex. All the 32 rooms in the building were completely gutted due to the blaze. However, no casualties were reported, officials said adding that the fire broke out at 4.15 pm.

The owner of the building, Yashwant Negi, has pegged the loss of property at Rs 10 Crore.

The sprawling residential complex, made of deodar, took only a few minutes to get reduced to rubble even as locals rushed to the spot to douse the flames.

“We have lost everything. We don’t even have a single grain of rice or a blanket to cover our heads. My family members and I put in all our savings to build this house. How will we ever be able to cope with this loss? a distraught Negi questioned.

Responding to the incident, Sanjay Chauhan, former Shimla Mayor said, “Such incidents not only destroy the family physically but they also leave life-long emotional scars.”

Superintendent of Police Mohit Chawla said preliminary investigations carried out by the police hint at short-circuiting as cause of the fire.

Only last month three major fires were reported in Rohru and Jubbal areas of Shimla leading to a massive loss of private property.

At least a dozen houses in Baghi village in Rohru subdivision of Shimla were gutted during a fire that broke out in December 2020.

Chief Minister Jai Ram Thakur has expressed concern over rising cases of such fire accidents in the state during winters and advised the families to remain vigilant against such tragedies.

He also asked the district administration to create awareness among locals on how to respond to fire accidents.

More Covid-19 Vaccines To Be Introduced In India: Harsh Vardhan