J P Nadda, while attending the final round of the month-long 'Krishak Suraksha Abhiyan' of the party, said people of the state have made up their mind to bid 'namaste and tata' to Banerjee. 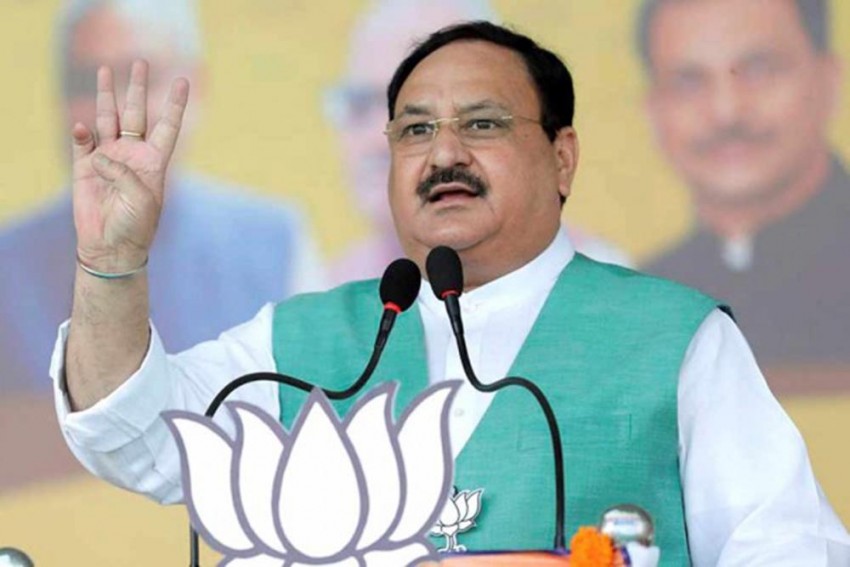 Launching a scathing attack on the West Bengal Chief Minister Mamata Banerjee, BJP president J P Nadda on Saturday alleged that the farmers of the state were deprived of the benefits of PM Kisan scheme as the Trinamool Congress supremo did not allow to run the scheme to satisfy her ego.

Nadda, while attending the final round of the month-long "Krishak Suraksha Abhiyan" of the party, said people of the state have made up their mind to bid "namaste and tata" to Banerjee and her party after the assembly polls.

He also wondered why she loses her cool over "Jai Shri Ram" slogans.

"What Mamata di did with farmers of Bengal by depriving them of PM Kisan Scheme benefits was an injustice. She did not allow the implementation of the welfare programme in the state to satisfy her ego.

"Now after realising that the farmers themselves have allowed the scheme she has said she would implement it. The 70 lakh farmers for the last two years have been deprived of annual aid of Rs 6,000," Nadda said.

The BJP chief also had lunch with the farmers on the open ground as part of the "Krishak Suraksha Saha-Bhoj" at Sahapur village in Malda. He had 'kichdi' and 'sabji' on the menu.

"When I was coming here I was greeted with Jai Shri Ram slogans. But I don't understand why Mamata didi gets angry after hearing it," he said while referring to the January 23 incident at Victoria Memorial Hall in Kolkata.

Banerjee had declined to speak at the event to celebrate Netaji Subhas Chandra Bose's birth anniversary where "Jai Shri Ram" slogans were raised in the presence of Prime Minister Narendra Modi.

Banerjee had not started her speech when the slogan was raised by a section of the crowd at the Victoria Memorial event to celebrate the 125th birth anniversary of the legendary freedom fighter.