The right-wing organisation made the demand while observing Nathuram Godse's death anniversary. 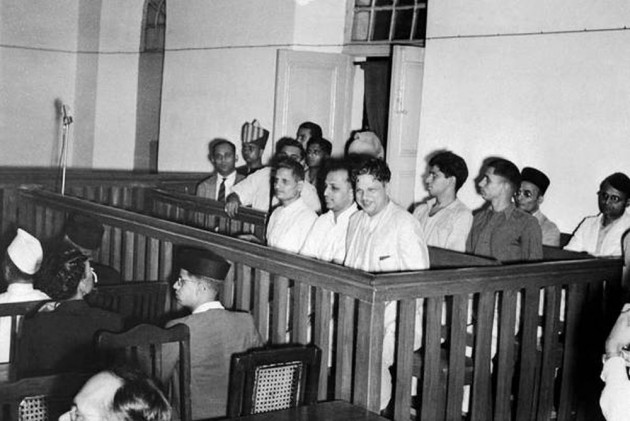 The Hindu Mahasabha on Friday demanded that Nathuram Godse's statements during the Mahatma Gandhi assassination trial be included in the school curriculum in Madhya Pradesh.

The right-wing organisation made the demand while observing Godse's death anniversary.

Godse, who assassinated Mahatma Gandhi, was hanged at Ambala jail on November 15, 1949.

Mahasabha members on Friday gathered at its office and performed 'aarti' of Godse and Narayan Apte, the co-conspirator who too was hanged for Gandhi's assassination.

Hindu Mahasabha national vice-president Jaiveer Bharadwaj said the organisation observed the death anniversary of two leaders, whose "contribution to Indian freedom struggle has been forgotten", like every year.

"We also submitted a memorandum, addressed to MP Chief Minister, to the district administration. We have demanded inclusion of Godse's statements, recorded during his trial, in school curriculum," Bharadwaj said.

Congress governments at the Centre did not disclose Godse's court statements for 50 years, he alleged.

On November 15, 2017, the Mahasabha had installed a bust of Godse at its office after performing the ritual of 'pran pratishtha' (consecration).

"In the memorandum, we also demanded that the bust, seized by the district administration, be returned to us," Bharadwaj said.

"The event glorified violence. This is condemnable. These people don't believe in the Indian Constitution as Godse himself had filed a mercy petition before the British Queen despite the country having a Supreme Court," said Bhupendra Gupta, vice president of the state's Congress Media Cell.