At least 62 people have been killed and lakhs displaced as incessant rains and floods wreaked havoc in Maharashtra, Kerala and Karnataka. Catch the live updates here. 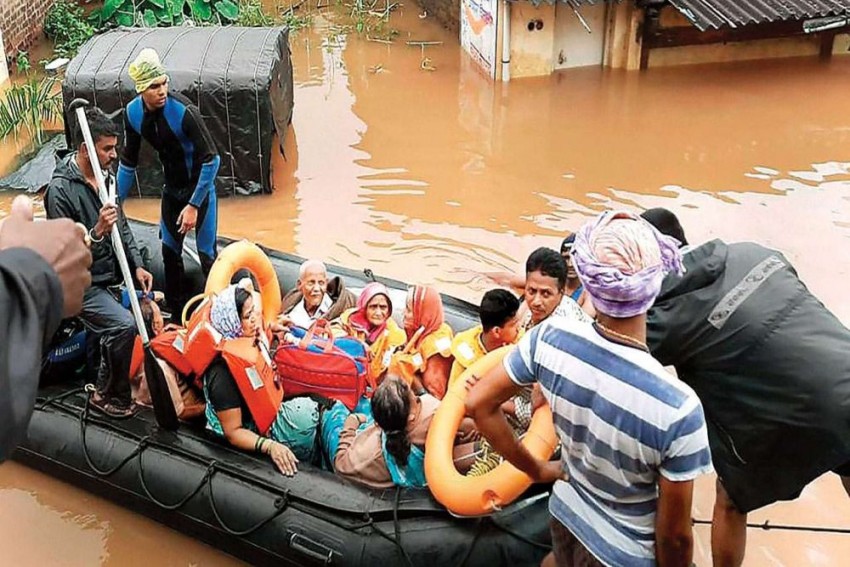 At least 30 people have been killed in various flood-related incidents in Maharashtra in the past one week.
PTI
Outlook Web Bureau August 09, 2019 00:00 IST LIVE UPDATES | Flood Fury Continues In Maharashtra, Kerala; 4 Of Family Killed In Karnataka Landslide 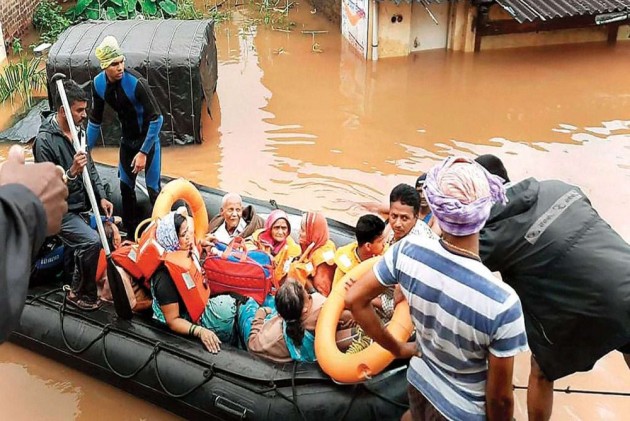 At least 62 people have been killed and lakhs displaced in various flood-related incidents in Maharashtra, Kerala and Karnataka.

In Maharashtra, at least 30 people have been killed in in the past one week even as more than 2.03 lakh people were evacuated to safer locations, officials said here on Friday.

The situation is also grim in Kerala where incessant rains have claimed 23 lives in the past two days. Over 22,000 people have been shifted to some 315 relief camps across the state.

At least nine people were killed and several others injured due to heavy rains and floods in 12 northwest and coastal districts of Karnataka.

The floods and rains have brought all the three states to a standstill, even as the government and administration are making efforts to rescue the affected people.

Catch All The Updates Here:

5:37 PM:  In Madhya Pradesh's Barwani and Dhar districts as the Narmada river is flowing above the danger mark following heavy rains.

4:54 PM: Thirty families feared missing after landslide occurred at Kavalappara, Nilambur in Malappuram district of Kerala on Thursday. The rescue team reached the on Friday and, search and rescue operation underway.

4:37 PM: Four members of a family lost their lives and efforts were on to trace a fifth person after their house was hit by landslide at Korangaala village in Kodagu district of Karnataka on Friday, police said.

4:30 PM:  A day after several villages in North Goa were inundated following heavy showers and release of water from Tillari dam, rains took a break in the state on Friday, prompting the government to expedite the restoration work in the flood-hit region.

3:43 PM:  Twenty seven labourers stranded due to flooding caused by sudden rise in the water level of Chandrika river in Akola district of Maharashtra following heavy rains, were rescued, an official said on Friday.

3:30 PM: Kerala government seeks the help of the Army and the Air Force to  carry out rescue operations.

3:00 PM: "I am in constant touch with the Central government. The Centre will extend all assistance... from the financial point of view... they have also assured of help in other means," the Karnataka Chief Minister B S Yediyurappa said.

2:50 PM: Fifteen villagers, who were stranded at Gudra nullah in Bijapur district in Chhattisgarh owing to torrential rainfall, were rescued by security forces.

1:32 PM:  Even as most parts of Kerala have been affected by  heavy rains in the past few days, Chief Minister Pinarayi Vijayan on Friday assured the people that there is no need to panic at all.

1:30 PM: A helicopter is being deployed to drop relief material in the flood-ravaged areas of
Sangli district in Maharashtra and it may also be used to evacuate stranded people, a senior official said on Friday.