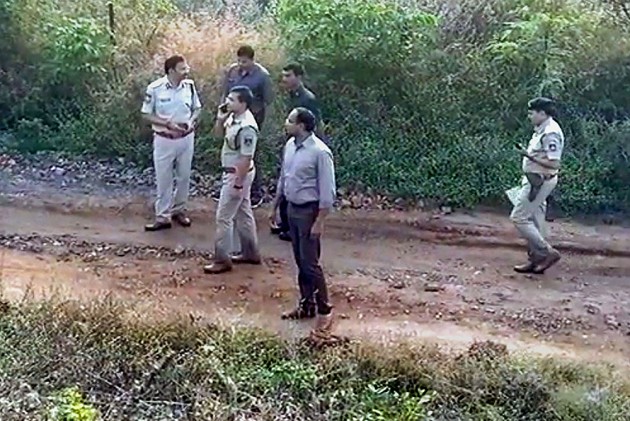 Several activists and lawyers raised questions over the police encounter of four accused in the rape-murder case of a 26-year-old veterinarian in Telangana even as politicians across the party lines hailed the police action.

Human rights activist and social worker Harsh Mander told Outlook, "I am absolutely distressed and appalled because we fought really hard for the provision that one is innocent until proven guilty."

Reacting to politicians and lawmakers of several parties who praised the police for the encounter, he said, "It's utterly shameful how the lawmakers are reacting when they are supposed to uphold the law."

Opinion | ‘If The British Behaved Like Hyderabad Police, They Would Have Shot Bhagat Singh In Encounter’

'Matter Of Concern': NHRC Orders Probe Into Killing Of Rape Accused In Telangana

"Even those who harm deserve the protection of law. If ordinary people and lawmakers praise violation of the law, then they are letting loose something that has no end."

Expressing concern over this kind of police action can spill over to other areas with no accountability, Mander said, "Even though they are currently not targetting a particular community, it is under no one's control once you let the demon loose. As we have seen in lynching cases, now upper-caste Hindus have also become victims of mob lynching in false cases of child-lifting ."

"Do not carry out fake encounters in the name of us women," said Srivastava, who played a key role in the framing of the Vishakha guidelines to address sexual harassment at workplaces.

"This is a planned murder," she said, adding, "FIR has to be registered against the police."

Condemning West Bengal BJP MP Locket Chatterjee's comment that such police encounters should be made "legal", Srivastava said, "Then why do we have the judiciary there? Why have prosecutors and trials? Then they should have killed Asaram, Ram Rahim and Nithyananda. It isn't the way to deal with it. We need a judicial enquiry into the incident."

Srivastava raised questions over why the four accused were taken to the site of crime at an odd hour of 3 am when they had been in custody for seven days.

"What were the police 'investigating' at 3.30 am after all this time? Especially when they slept through the golden hour when evidence could be collected," she said, adding, "Now nobody will ever know if the four men killed by the police were innocent men, arrested fast to show action."

"The Kuldeep Singh Sengar category of rape accused will not be executed. In that case, where the BJP MLA was accused of raping minor, the rape victim's father was in police custody where he died," she pointed out.

The police said the accused were taken to the site of the crime around 3 am to reconstruct how things happened. They were killed in crossfire as they tried to escape, police claimed.

Chairperson of the National Commission of Women, Rekha Sharma, told PTI, "We wanted death penalty but it should have been through judicial channel."

All India Progressive Women's Association said in a statement, "This 'encounter' has all the hallmarks of a custodial murder, dressed up to look like an 'encounter'. Since the suspects were in police custody, and thus unarmed, it is clear that the police is lying when it claims they were killed when 'attacking the police'."

Police said that the veterinarian was brutally raped and killed by the accused who burned her body in Shamshabad area on November 27. Her charred body was recovered on November 28. The four accused, all lorry workers, were arrested and put in judicial custody and lodged in high-security cells at Cherlapally Central Jail in Hyderabad.

They said that the accused were brought to the crime scene to retrieve "material objects" such as cellphone of the victim. The accused were unlocked and they confused them, snatched weapons from the police and started firing. The police had to fire in retaliation killing the four persons.