The Kumbh Mela is held every six years, while the Maha Kumbh takes place every 12 years. 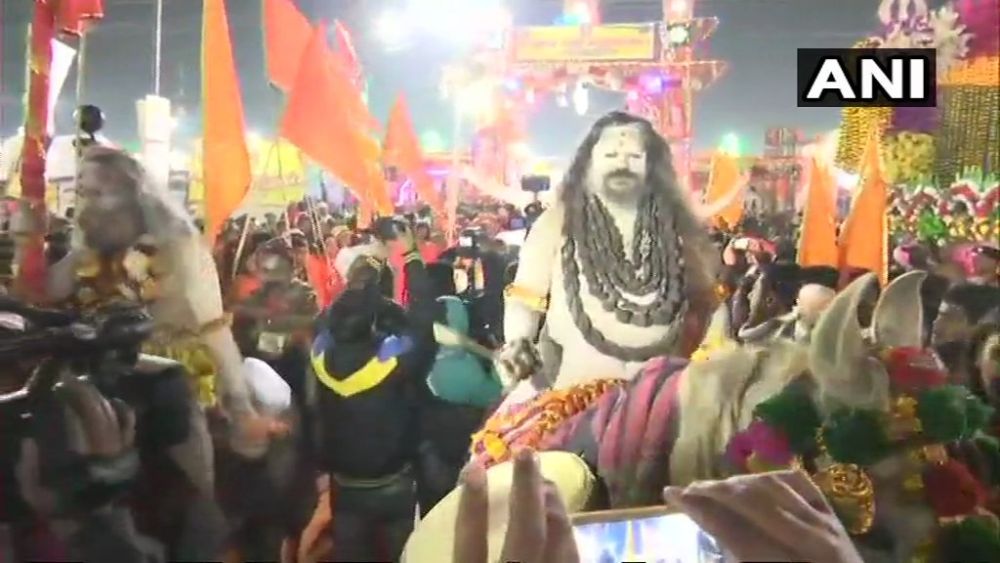 On the wee hours of Tuesday, thousands of faithful thronged the Kumbh Mela site and took the holy dip at Sangam -- the confluence of Ganga and Yamuna rivers and the mystical Saraswati -- to mark the onset of the Kumbh Mela on the auspicious day of Makar Sankranti.

Elaborate security arrangements are in place and pontoon bridges have been constructed to lead the visitors to the five-kilometre bathing ghat at Sangam. Personnel have been deployed at all entry and exit points of these bridges to maintain order.

Prayagraj: Early morning visuals of security deployed at Sangam Ghat before the arrival of devotees for a holy dip in river Ganga on the occasion of first ‘Shahi Snan’ at #KumbhMela2019 pic.twitter.com/Xd5M4D3jH4

Soon after midnight, hundreds of processions of devotees who have gathered for the fair from within the country and abroad, began proceeding towards the bathing ghats. Loud religious chantings as well as melodious singing of Bhajans reverberated through the by-lanes of the city for most of the night.

In an absolute electrifying setting, visitors reached the ghats that are lit up like Diwali in a hue of multiple colours, amid heightened security and waited for the "Shahi Snan" (royal bath) to begin.

The moment arrived just before dawnbreak when, with prayers in their breath, the visitors took the holy dip in the water as cold as ice on the winter morning.

About 13 akharas will be participating in the "Shahi Snan" on Tuesday with each being allocated about 45 minutes by the Kumbh administration. The Sanyasi akhara was the first to begin the ceremonial bath, and will be followed by other akharas such as Bairagi and Udasin.

The "Shahi Snan" is considered among the most significant components of the Kumbh Mela, and is supposed to begin at a certain hour.

The Kumbh Mela is held every six years, while the Maha Kumbh takes place every 12 years.