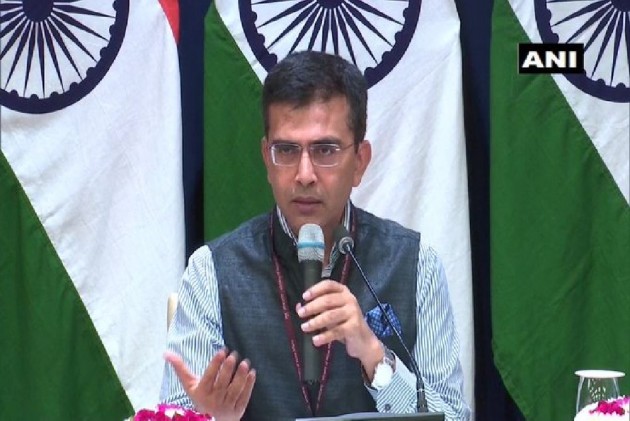 India on Thursday said the verdict of the International Court of Justice (ICJ) in the Kulbhushan Jadhav case is a complete vindication of its stand and it is incumbent on Pakistan to implement the ruling.

In a major victory for India, the ICJ on Wednesday ruled that Pakistan must review the death sentence awarded to Jadhav and asked it to provide consular access to him.

It is incumbent on Pakistan to implement the ICJ verdict, he said.

Kumar said the ICJ judgement is final, binding and without the provision of appeal.

On Pakistan's claim of victory at ICJ, he said Pakistan has its own compulsions to lie to its people.

Jadhav, 49, a retired Indian Navy officer, was sentenced to death by a Pakistani military court on charges of "espionage and terrorism" after a closed trial in April 2017.

India had approached the ICJ against the military court's decision in May, 2017 and the world court stayed his execution then.

The ICJ, by a vote of 15-1, upheld India's claim that Pakistan is in egregious violation of the Vienna Convention on Consular Relations, 1963 on several counts in the case.